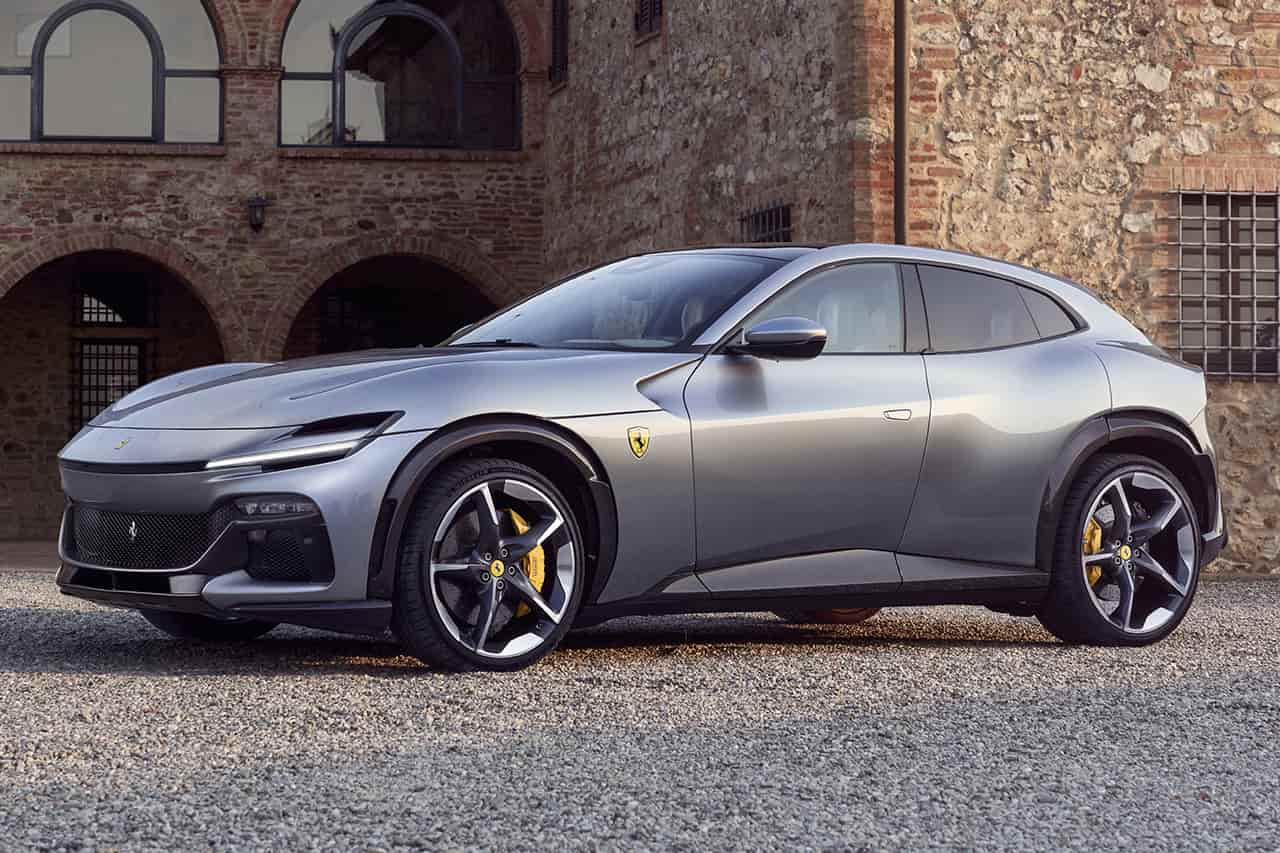 Hardcore purists and brand loyalists may balk at the idea of an SUV bearing the Ferrari name, but the Purosangue is likely to become a game-changer for the Maranello-based company. After years of speculation and rumors, the Purosangue, which literally means a “thoroughbred” or “pure-bred” in Italian, was unveiled on September 13, 2022, as the first ever four-door car to wear the Prancing Horse badge.

While the ultra-premium SUV will be flagged off initially with a magnanimous but gas-guzzling V12 engine, there could be a hybrid version of the Ferrari Purosangue at some point. Ferrari is not new to hybrid technology, and with stricter Euro 7 norms expected to come into effect mid-decade, the company may pursue the idea of a Purosangue Hybrid sooner rather than later.

Talking to EVCentral in September 2022, Enrico Galliera, Chief Marketing and Commercial Officer, Ferrari, said that the company is keeping itself in a flexible situation with respect to future Purosangue models. While he didn’t confirm a hybrid version, he did say that the company is “able to develop whatever technology to put on a new car, like the Purosangue.”

At the first look, the Ferrari Purosangue appears muscular and intimidating. It’s unmistakably a Ferrari — viewers can instantly connect with the design language, which appears like a blend of the Ferrari Roma and the SF90 Stradale. The nose is reminiscent of the Roma, while the headlamps are unmistakably from the SF 90 Stradale.

Like with so many Ferraris before it, the Purosangue’s exterior has been primarily shaped by science to cut down on aerodynamic drag. From certain angles, there’s some detailed craftsmanship in play but this may not go down in history books as the most exquisite-looking car in Ferrari’s history. That said, there’s no Ferrari on sale today that has the imposing proportions of the Purosangue.

Be it the huge forged alloy wheels, the long but organically-sculpted hood & svelte curves, blade-like DRLs slicing between two intakes, or the muscular rear end with its suave LED tail lights – this is not a run-of-the-mill crossover – but one that passers-by will notice for its intricate design details. Ferrari may tweak some exterior aspects to better suit the Purosangue Hybrid. In order to reduce drag even further, the Hybrid version could be fitted with more aero-friendly wheel designs, along with more streamlined air curtains & underbody panels.

Stepping into the front of the Purosangue’s luxurious cabin is pretty straightforward, but accessing the two rear seats means opening the electrically-assisted & rear-hinged back doors – these will certainly attract attention. The dual-cockpit dashboard of the Purosangue looks unique and unconventional, too. The pod-like curved units integrate the digital driver’s display, a 10.25-inch multi-function display for the front passenger, and also house the front air vents.

The leather-wrapped steering wheel handles several of the car’s functions via touch-capacitive buttons, while the drive-mode selector is still a red physical switch. There are tactile carbon-fiber paddle shifters behind the wheel, but a lot more of the aforementioned touch-capacitive buttons are scattered across this cabin. All four individual seats can be controlled electronically and look really sporty but luxurious – that’s essentially the theme of the Purosangue’s interior – sporty but luxurious.

Just like the story with the exterior, the company would do little to change the whole design and layout of the interior for the expected Hybrid version. However, there will be more powertrain-related menus and distinct display configurations that may suggest more eco-friendly tips and suggestions to drivers to coax more all-electric range.

With the Purosangue Hybrid, Ferrari is likely to offer its esteemed customers options to select from a variety of vegan, recycled, and other environmentally-conscious interior materials and trim. However, we think the hybrid system may reduce the cargo volume a bit. For reference, the gas-powered version’s cargo volume is 473 liters (16.7 cu. ft.).

Apart from the above-mentioned dual digital displays, the Ferrari Purosangue comes equipped with a wide array of modern conveniences and technical features to help elevate the overall experience. Power tailgate, an air blower instead of a rear windscreen wiper, an active suspension system, multi-zone climate control, heated seats, and a 1,420-watt, 21-speaker Burmester 3D surround-sound system. While Android Auto and Apple CarPlay support is available, built-in satellite navigation is not. Customers would likely be offered a similar set of features in the Purosangue Hybrid.

From Ferrari designer Flavio Manzoni to the late-FCA CEO Sergio Marchionne, time and again, FCA/Ferrari officials have voiced their reservations for a Ferrari SUV, or an FUV, as some like it. But in 2018, sentiments had changed in the company’s boardroom, and the Ferrari Purosangue was announced. Like the customer-driven SUV boom, the regulation-enforced CO2 emission cut necessitating electrification is something Ferrari cannot overlook when plotting a new car.

For the Purosangue Hybrid, Ferrari could pick an evolution of the 296 GTB’s plug-in hybrid system. Consisting of a 7.45 kWh battery pack paired with a 3.0-liter V6 that’s further assisted by an electric motor, the total output comes to 610 kW (818 hp) and 740 Nm (546 lb.-ft.). Alternatively, the company could choose the SF90 Stradale’s 7.9 kWh battery and its 4.0-liter V8 plus tri-motor arrangement, with adaptations. Ferrari might equip the Purosangue Hybrid with a larger battery pack to give it a more practical electric driving range.

We have developed different architectures. We have so far our widest architecture differentiation ever, as you can see on the slide: internal combustion engine V6, V8, and V12, hybrid engine V6 and V8, and full electric engines. The driveline can be 2WD or 4WD. And we can offer for, of course, from two to four seats, and even more in the future.

As suggested earlier in the story, the Ferrari Purosangue will initially use a naturally-aspirated V12 internal combustion engine exercising 725 CV (715 hp) and 716 Nm (528 lb.-ft.) of torque from 6.5 liters of displacement. With its 8,250 rpm redline and a sonorous soundtrack, this powerplant enables the two-ton Purosangue to sprint from 0-100 kph (0-62 mph) in 3.3 seconds, before topping out at over 310 kph (193 mph). The transmission in charge is an 8-speed F1-derived DCT, while all-wheel-drive is standard.

Galliera suggested that Ferrari wasn’t planning on fully electrifying the Purosangue. He said the fierce acceleration of high-performance EV drivetrains makes them unsuitable for comfort-oriented offerings such as the Purosangue. That said, we think Ferrari will engineer multiple drive modes, including an EV mode, and tune them in such a manner that evokes a possible ‘Jekyll and Hyde’ personality trait in the Purosangue Hybrid.

We think that Ferrari should (and probably will) launch a hybrid version of the Purosangue. A Lamborghini Urus Hybrid is said to arrive by 2024, and it should already have many prospective buyers waiting to sign a cheque. While many long-time enthusiasts of the badge may disapprove, the hybrid version of the Purosangue will have plenty of takers, and attract new customers to Ferrari. 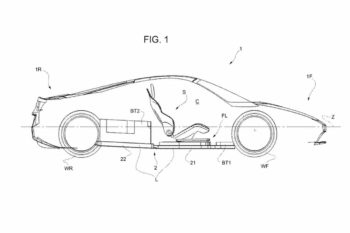 Ferrari is developing its first electric car as it prepares for its transition to ZEVs.