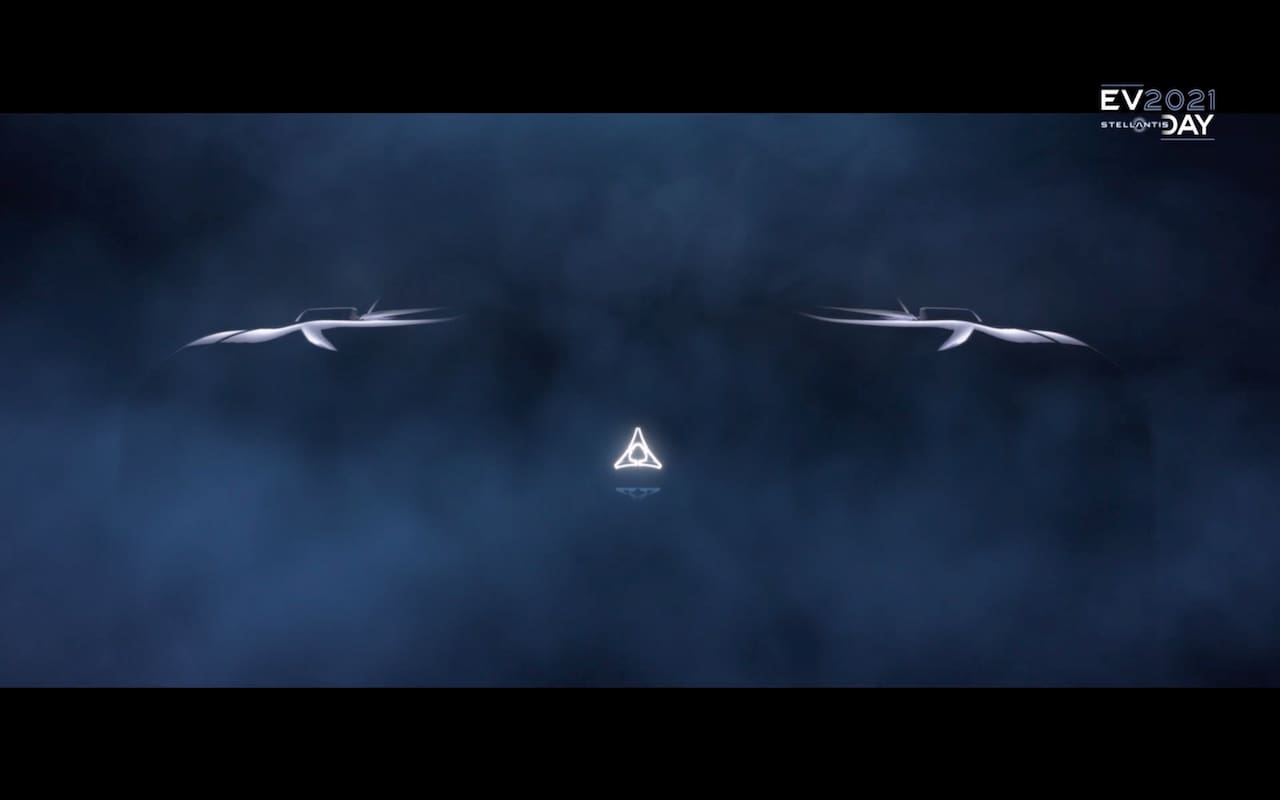 General Motors has revived its gas-guzzling Hummer as an electric vehicle, and now Stellantis is developing an electric powertrain for zero-emissions iterations of its most famous muscle cars. By mid-decade, two Dodge electric muscle cars—a Dodge Challenger Electric and a Dodge Charger Electric—are expected to hit the market. Their arrival would signal the start of the brand’s shift to zero-emission powertrains. Tim Kuniskis, CEO of Dodge, spoke at the Stellantis EV Day 2021 on the company’s plans to launch electric vehicles. He started by outlining why the company decided to go electric.

Our engineers are reaching a practical limit of what we can squeeze from internal combustion innovation. They know, we know that electric motors can give us more. And if we know the technology that can give our customers an advantage we have an obligation to embrace it. Whatever it takes to keep them in the lead.

According to MoparInsiders.com’s November 2021 report, Dodge will introduce an all-new electric muscle car based on the next-generation Dodge Challenger (LB). Take a look at what we know about the first Dodge electric car that is to be available on the market in about two years.

Teasers were released following the CEO’s remarks at the Stellantis EV Day in July 2021, depicting a concept version of the first Dodge electric muscle car. The concept car has a powerful stance and appears to be broad. It has a revamped rendition of its 1960s Fratzog emblem, with blue illumination on the fascia and red lighting at the rear.

Dodge used the name Fratzog, which a designer between 1962 and 1976 coined. Three arrowhead shapes combine a three-pointed star and a triangular shape. The arrowhead forms in the EVs will most likely be slimmer, but they will follow the classic version’s curves. Dodge will utilize the new Fratzog emblem to differentiate EVs from combustion cars, according to Kuniskis’s quote to CNBC, who also stated that there are no plans to create a Fratzog sub-brand.

Learnings from the Camaro

According to MoparInsiders.com’ sources, Dodge is very serious about the next-gen Challenger’s design. The all-new model will be more modern while featuring all the heritage design cues borrowed from Chrysler Group muscle cars of the past. The publication added that Dodge doesn’t intend to repeat the mistakes Chevrolet did with the current Camaro.

The first of Dodge’s electric muscle cars should be connected and digital. Stellantis and Foxconn have formed a 50/50 joint venture called Mobile Drive to build digital cockpits. Based in the Netherlands, Mobile Drive will develop infotainment, telematics, and cloud service platforms. Mobile Drive is expected to release a brand-new infotainment system for the Dodge EVs, including AI, 5G, and OTA software updates.

Dodge EVs will be upgraded with new features via over-the-air (OTA) software upgrades for years after being delivered to customers. Technology-wise, the electric vehicle will stay up to date. Customers may, for instance, enable a power boost function or enable a permanent increase in power at any moment during their ownership. At Stellantis’ Software Day 2021 event, Mamatha Chamarthi, SVP – Software Business & Product, discussed such possibilities.

Dodge is developing performance upgrades, launching actually next week, including driver-tunable software that will deliver an immediate horsepower boost, while retaining the car’s emissions compliance.

The Dodge electric muscle cars will need large battery packs to deliver plenty of horsepower and a long range. So, expect them to ride on the STLA Large platform, which can accommodate battery packs that have a gross energy content of 101-118 kWh and can provide a range of up to 500 miles. This platform allows high-output electric motors that produce up to 330 kW (442 hp), which engineers could tune for the muscle car application.

Patent filings on the United States Patent and Trademark Office (USPTO), viewable on Google Patents, suggest that the Dodge eMuscle cars will feature a new F1-inspired pushrod suspension design. They may use horizontal dampers and active control elements along with coil springs or traverse leaf springs. Citing Kuniskis, MoparInsiders.com says that Stellantis is still patenting the innovations of the upcoming Dodge electric muscle car concept. Perhaps, the new pushrod suspension is one of the Dodge eMuscle car patents.

Dodge plans to launch its electric car in the United States in 2024. The company will display a concept version later this year to pique client interest and solicit comments from its community. It’ll most likely be the exact vehicle the firm teased in July 2021 (pictured above in this story).

According to The Detroit News report dated April 26, 2022, CEO Tim Kuniskis stated that Dodge hoped to show the concept before August 2022, when the brand will present a new model during the ‘Speed Week’ events. However, there might be a delay because of reasons outside of the brand’s control, according to Kuniskis. He referred to the supply-chain bottlenecks and chip shortages that have grappled the automotive industry since 2020.

Dodge will embrace the sea of change in the marketplace to stand out by embracing electrification. Every ounce of technology we integrate will be done to amplify the elements that define not just Dodge but the muscle car itself, and in 2024, Dodge will launch the world’s first full battery electric car muscle car.

Kuniskis told MotorTrend in November 2021 that the first Dodge electric car would be a drivable concept within the following four or five months. As a result, the vision of Dodge’s future could be revealed as early as later this quarter. The company was waiting for the patent approval to be done.

The debut of the Dodge electric car concept is part of Dodge’s ‘Never Lift’ two-year business plan, which the company revealed on November 8, 2021. Dodge claims that Never Lift is a blueprint for the company’s future performance. It will make a product- or automotive-enthusiast-related news release to keep consumers and fans interested every quarter. It has created a website (dodgegarage.com) that provides visitors with a 48-hour notice of impending announcements.

In the company’s Full Year 2021 Results conference call on February 23, 2022, Stellantis CEO Carlos Tavares briefly highlighted the Dodge brand’s electrification plan that begins with the launch of the RAM Promaster electric in 2023. Dodge fans will have even more exciting and thrilling experiences with the brand’s electric muscle cars, according to Tavares.

Elliott Winslow-Thorpe, a British automotive designer, has created an intriguing concept of a neo-retro Dodge Charger Electric. The Dodge electric muscle car in the drawing is beefy yet a futuristic two-door coupe inspired by the 1970s Dodge Charger R/T. The front bumpers have a deep inward slope, wide rectangular holes, and thin side air inlets. The closed-off upper part nicely contrasts the muscle car silhouette with a full-width grey panel that merges half of the sci-fi headlights.

The 1970’s Dodge Charger R/T is one of my favorite classic cars. I love the brutality and simplicity of the design, so much so it inspired me to do a sketch of my own based on the 1970’s model. I believe that the original design feeling transfers well into a potential electric model, mainly down to the chargers clean surfacing and bold front and rear graphics. I also think that a modern interpretation with technical details would work well in today’s market.

I kept true to the original with a similar bodyside that wraps underneath the car; the bold rectangle graphic at the front which acts as the focal point for everything to stem from and the little bits of detail like the horizontal line that runs across the front lends it’s self well to being modern light bar signature graphic. This is an ongoing project which I will continue to develop.

While I agree nothing will ever replace that original model, I think it’s important with EV’s to have personality about them which is why I think the recognizable 1970s Dodge Charger would work so well as a reimagined modern-day EV.

Electrifying its model lineup will allow Dodge to remain relevant and competitive in the EV era. However, the company won’t phase out internal combustion engine models when it launches comparable EVs. “We didn’t say the current cars would die in 2024,” Kuniskis said in an interview with Muscle Cars & Trucks on August 17, 2021. During Stellantis’ H1 2021 earnings conference call, Carlos Tavares, CEO, stated that muscle vehicles would continue to be a booming segment.

It is quite clear that the muscle car is still a significant, highly profitable segment in the U.S. and it will remain so in the future with our electrified strategy as it has been presented to you on the EV Day.

While the regular gas-engined Dodge cars will remain in the lineup, in November 2021, Kuniskis told Motor Authority that the Dodge Hellcat models would be phased out by the end of 2023. Customers interested in the Dodge Hellcat would have to explore the electric Dodge cars that will be available starting in 2024. 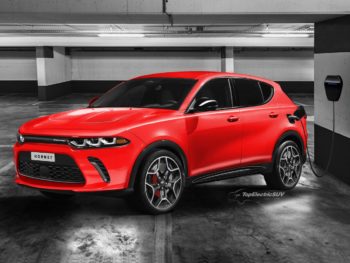 Dodge Hornet, a new compact SUV, is likely to join the Dodge U.S. line-up in fall 2022.