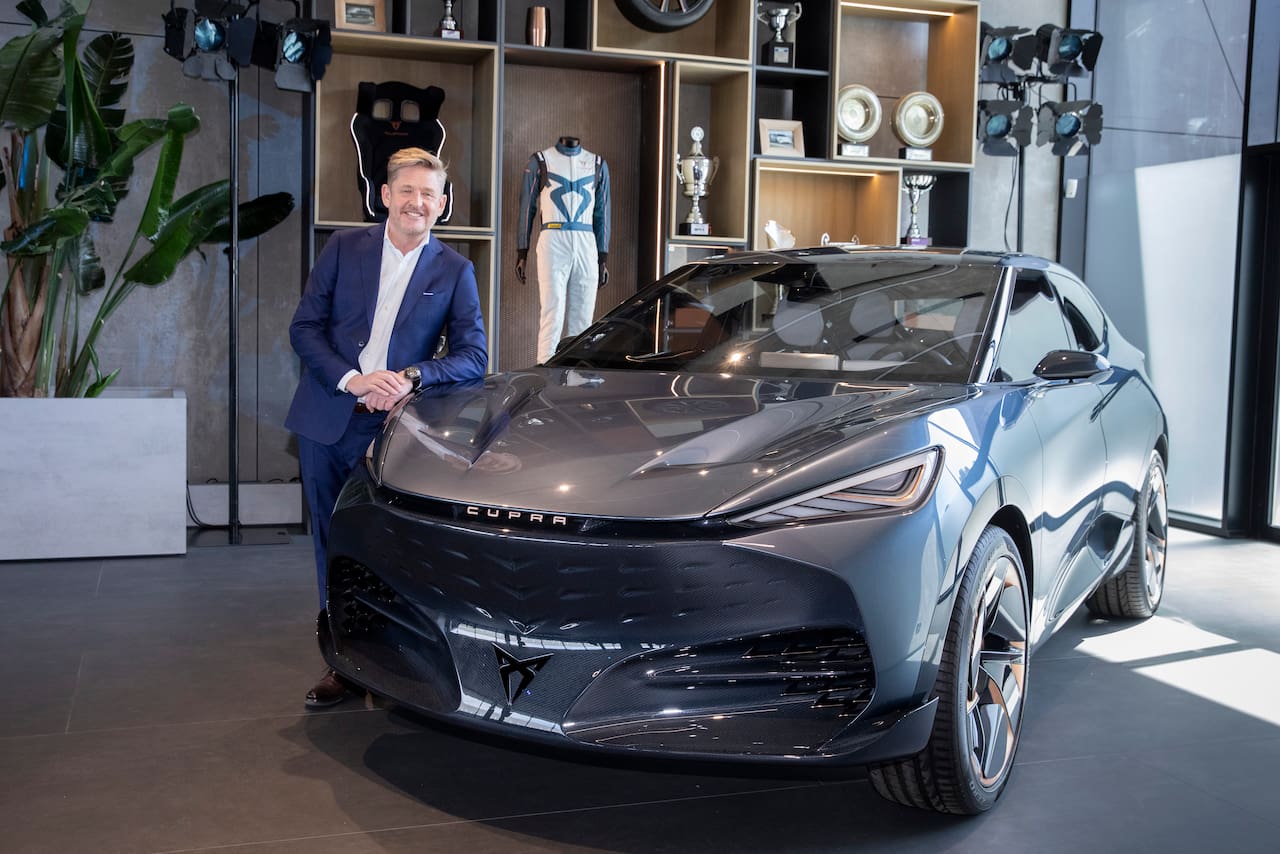 With the Cupra Born now under production in Zwickau, Germany, preparations have started to push the next Cupra EV into the marketplace. The second model will be the production version of the Cupra Tavascan Concept (also called Cupra Tavascan Electric Concept), positioned above the Born.

The Cupra Tavascan (reported codename: SE316/8) will be a compact SUV-coupe akin to Volkswagen’s ID.5 and Skoda’s Enyaq Coupe iV. It should gun for the title of the most aggressive and athletic SUV in the VW Group family, though technically the same underneath (MEB platform) as the Skoda or VW SUV. Expect around 90 per cent of the concept’s exterior design to make it to the production vehicle. The interior would also closely mirror the concept, but we think the final car would have a significantly smaller (probably 5.3-inch) instrument cluster instead of the concept’s 12.3-inch digital instrument cluster.

Cupra says that the Extreme E Concept hints at the design language for the production Tavascan. The company has changed the ABT CUPRA XE’s front and rear considerably to convert it into a new model. Unlike the donor, the Tavascan Extreme E Concept features LED headlights that form a group of three triangles on either side, lending the off-roader vigour. Look for the same copper accents on the production Tavascan SUV in 2024.

Cupra has constructed much of the body structure using flax fibres, which come from the flax plant. The company says that it is a technology that one could easily adapt to production vehicles. What that has to do with the production Tavascan SUV is something only time will tell.

The production Cupra Tavascan may come with three battery options, a 52 kWh unit consisting of eight cell modules, a 58 kWh unit consisting of nine cell modules, and a 77 kWh unit containing twelve cell modules. From the existing Volkswagen Group SUV models, we know that these battery packs have the potential to deliver a WLTP range of up to 346 km (VW ID.4), 390 km (Skoda Enyaq iV), and 537 km (Skoda Enyaq iV), respectively. Similar SUV coupe models can deliver a marginally higher range because of the better aerodynamics (due to a lower air drag coefficient).

The Cupra Tavascan could be sportier than the ID.4 and the Enyaq by default. Being a Cupra, it would need to distinguish itself as a performance car. Expect different suspension tuning and more responsive steering to be among the changes. “We adapt the chassis and suspension and add different brakes and steering,” Wayne Griffiths said while discussing with Autocar how Cupra would make the Volkswagen sister models sporty. Griffiths is the CEO of Seat and Cupra. Driver engagement would be an important part of the product mix at Cupra.

Further down the road, Cupra could introduce a high-performance variant of the Tavascan, drawing tech from the Cupra e-Racer and Cupra Extreme E Concept. When Autocar asked Griffiths about the future high-performance EVs, he said that Cupra has a link with motorsport. With this connection, it’s possible that the “spice” for high-performance EVs “could come from that.”

The Tavascan Concept debuted in September 2019, and earlier in 2021, received the green signal for production. Griffiths announced during the Seat Annual Press Conference 2021 (in March 2021) that the company plans to launch a Cupra Tavascan SUV as its second EV in 2024.

Cupra will sell the Tavascan in the same way as the Born. Customers will configure and order their vehicle directly from Cupra, and the dealer will only handle the delivery. It will also be possible to order the vehicle online. Additionally, expect a subscription option, under which customers will be able to use the Tavascan and related services for a fixed period with a monthly fee.

The designing and development of the Cupra Tavascan are taking place in Barcelona, Griffiths added. Road-testing has commenced already, Carscoops revealed with spy shots on September 15, 2021. However, the pictures are of an early prototype wearing the VW ID.4’s body, which means we can’t infer any design features yet.

Cupra has said that it will sell the Tavascan in more countries, including those outside Europe. In 2022, the Spanish brand will be available in Australia to expand its presence in the Asia-Pacific region (the Cupra range has been available in New Zealand for a few months). Cupra feels the high middle-class income and the progressive Australian society suit its brand.

According to a report from whichcar.com.au, Cupra plans to pitch itself as a brand that deals in performance vehicles from the outset. Yet, eco-friendliness is a prime focus from the get-go. So, while it will enter the new market with three internal combustion engine models, it will offer two of them with plug-in hybrid technology right from launch.

Later, the Cupra Born will make it to Australia, as the brand’s Australian Director Ben Wilks says that bringing that EV there “is a matter of when and not if.” As for the future Cupra EVs, Wilks expects the Cupra UrbanRebel to be an “exciting” product for Australia and the Tavascan having an “enormous appeal.”

The Cupra Tavascan will be available in China as well, says a report from Spanish motoring site motor.es. Cupra became a brand from a sub-brand of Seat in 2018. However, neither Cupra nor Seat is present in China. Seat planned to break into the Chinese market by 2021, but the COVID-19 pandemic may have jeopardized that plan. We are waiting for an update about the Spanish brand’s entry into the country.

Cupra aims to become an EV-only brand by 2030. By September 2021, nearly three years since the launch of its first model, the Ateca, in October 2018, its cumulative sales had crossed more than 100,000 cars. On November 29, 2021, Le Monde reported that the cumulative sales have reached 116,000 units. Cupra expects the Born EV to double its sales by 2022, and the Tavascan, being an SUV, should be a bigger contributor to the tally. The new brand has established a strong footprint in main European markets like Germany, the UK, Italy, Spain, and France.

Cupra is now present in Mexico, Israel, and Turkey, too. It won’t be a walk in the park to achieve the 100% electrification goal by 2030 as some of these markets are behind the curve on EV adoption, but the Spanish brand that is positioned between high-volume generalists and premium makers will no doubt strive to realize the goal.

What is the Cupra Tavascan release date?

Cupra will launch the Tavascan electric crossover in the first half of 2024, positioning it above the Born.

Which models will be Cupra Tavascan rivals?

With its streamlined body, the Cupra Tavascan will compete with Volkswagen’s ID.5 and Skoda’s Enyaq Coupe iV.