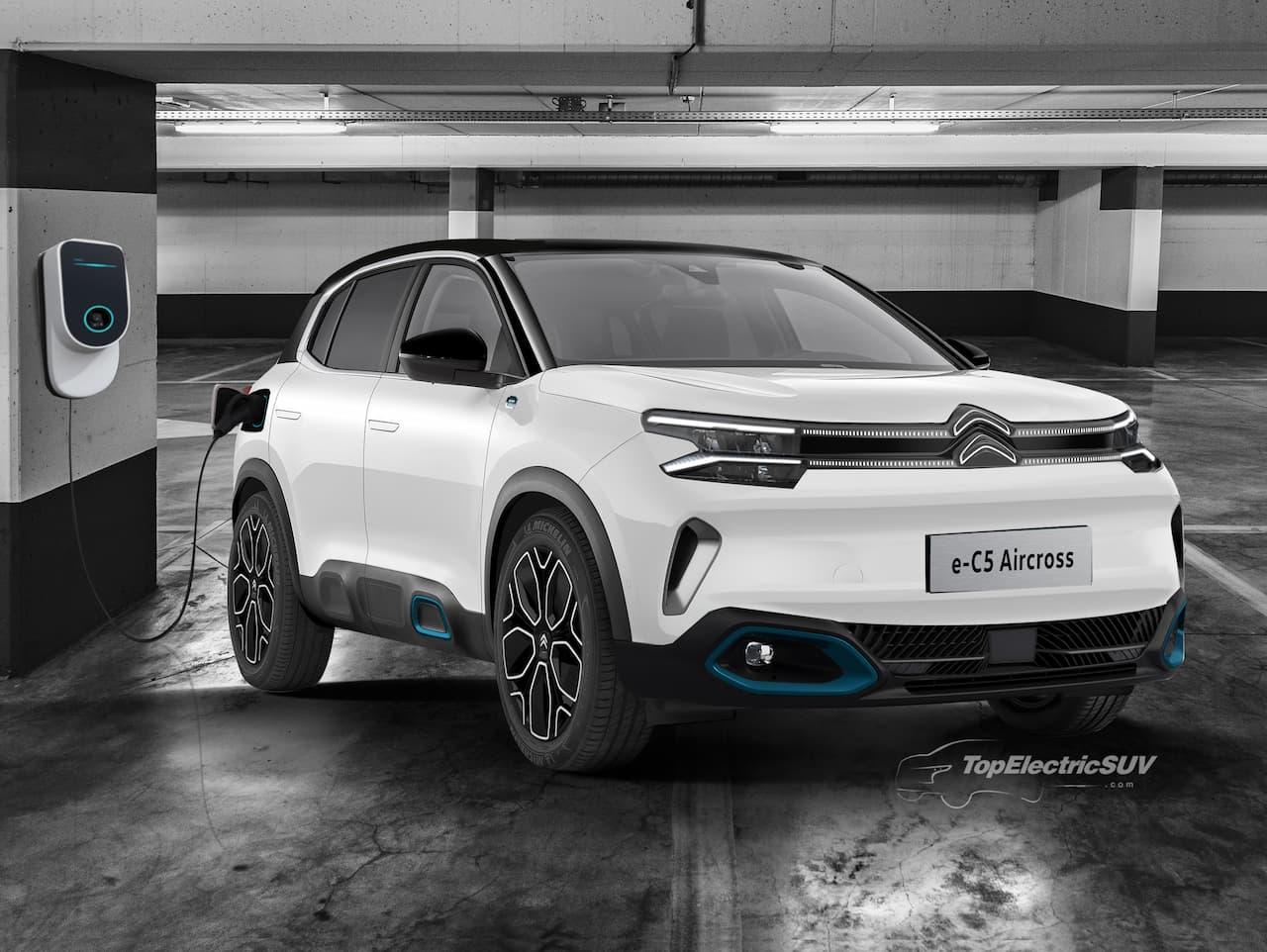 An announcement (via Twitter) from Brittany Metallurgy Union CFE-CGC in October 2021 confirmed that Stellantis will launch a compact electric SUV from its European budget brand Citroen. Rivaling VW’s ID.4, this model is reported as the Citroen C5 Aircross Electric or its equivalent.

Car magazine reported on March 5, 2022, that Citroen would electrify its entire range by 2025, including BEVs and PHEVs. The PHEV version of the C5 Aircross has already made inroads in Europe and a pure electric version should be the next logical step from the brand.

How do we know that it is the C5 Aircross EV? According to the announcement, Stellantis has allocated a Compact SUV based on a new electric platform to the Rennes – La Janais plant. That’s the same production facility that manufactures the Citroen C5 Aircross since 2018. Making the new electric SUV there will entail an investment of EUR 152 million.

On October 26, 2021, French auto publication Largus had learned that the second generation of the Citroen C5 Aircross, made at the French plant, would be available in mild-hybrid, plug-in hybrid and electric versions from 2025.

On the same day, French site metropole.rennes.fr shared more details on the project. Codenamed Citroen CR3, this new vehicle, which will be offered in an electric version, will succeed the C5 Aircross, currently manufactured at La Janais in thermal and hybrid versions. It said that Citroen will design the electric car on the STLA Medium platform, and the future production line allows the simultaneous roll out of internal combustion, hybrid and electric vehicles.

During the Stellantis EV Day 2021, it was revealed that STLA Medium platform vehicles will have battery packs with an 87-118 kWh gross energy content. Stellantis expects the medium models to achieve a range of up to 700 km (435 miles) in the WLTP cycle. STLA Medium platform cars will be equipped with motors that deliver between 125-180 kW. Expect both single-motor RWD and twin-motor AWD configurations in the Citroen C5 Aircross Electric. A cheaper model with slightly lower specifications might also be in the works.

Electrification as the mainstay

The C5 Aircross won’t be the only Stellantis vehicle to go electric in Europe. Every model from the Stellantis universe will ditch the exhaust pipe in old continent as the group plans to have 75+ BEVs and reach global annual BEV sales of 5 million units by 2030.

We will have BEV only launches in the luxury and premium segments as of 2025. All launches in Europe will be BEVs in 2026 and beyond.

Featured Image Source: TopElectricSUV’s render of the Citroen C5 Aircross Electric, purely for illustrative use and isn’t indicative of the next-gen SUV.