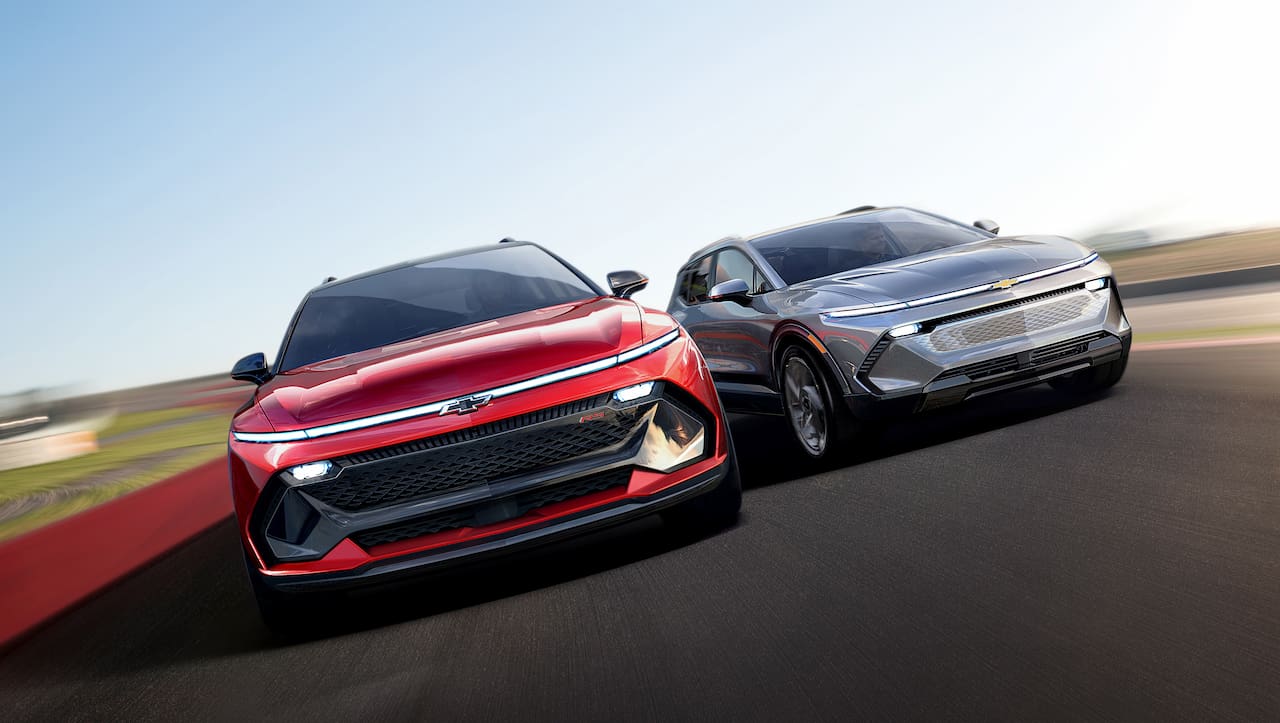 As part of its CES 2022 EV blitz, General Motors revealed an Ultium-powered Chevrolet Equinox EV and confirmed plans to release it in the American market next year. Originally, the company had confirmed at its 2021 Investor Event on October 6, 2021, that it plans to launch a Chevrolet Equinox Electric model, which it has now previewed.

The Chevrolet Equinox EV looks smaller compared to the ‘engined’ Equinox. It appears to be closer to the Trailblazer size-wise, but a longer wheelbase is clearly visible. Compared to the ICE-powered Equinox, one could say that GM designers have created the SUV from the scratch. It’s a completely different silhouette, and the lack of the wraparound back glass and short overhangs instantly sets it apart from the combustion model.

At the front, the Equinox EV features a curvy hood, a full-width LED DRL strip, a closed nose section with a black surround featuring C-shaped outer ends and horizontal main lights, and a compact lower grille. On the sides, the Equinox EV has normal five-spoke wheels and flush door handles, although we’re not sure whether the latter is a production-intent feature. Thick C-pillars and a strong shoulder area are among the noteworthy design details here.

At the rear, the Equinox EV flaunts a steeply raked windscreen, a concave lower tailgate with a hexagonal surface, a hexagonal registration plate area, and wide combination lamps that meet the brand logo with a slim extension. Overall, the Equinox EV looks dynamic despite the smaller dimensions. Plus, there’s an RS variant for customers who want a sportier expression. The red example in the images in this story is the Chevrolet Equinox EV RS (Equinox E RS).

The Chevrolet Equinox EV interior consists of a chunky dashboard, a clubbed fully digital instrument cluster and a touchscreen infotainment system housed together on a single horizontal panel that has a floating effect, and a rather compact center console.

GM designers have refrained from using buttons wherever possible to make the interior clean and minimalist, but this is not the cleanest interior we’ve seen. The EV does have physical controls for basic functions like adjusting temperature and airflow, which some customers find practical. The round AC vents on the flanks add to its sporty character, and the quadrilateral air conditioning vents above are also a nice touch. The green light bar on the steering wheel confirms the availability of the Chevrolet Super Cruise autonomous driving system.

By 2023, GM wants 22 models on sale to be available with Super Cruise driver assistance. The company will rollout Ultra Cruise, the door-to-door hands-free driving technology superior to Super Cruise the same year. However, budget vehicles like the Chevrolet Equinox EV would get the less sophisticated and less expensive system. GM will continue improving it by introducing new features and rolling out the enhancements with over-the-air updates.

Super Cruise has resonated with our customers, with more than 85 percent of those who experience the technology telling us they want it in their next vehicle. More than 10 million miles have been driven using Super Cruise, and that number grows every day. We’ll have Super Cruise available on 22 models across our GM brands next year, and we’ll add even more each year, ultimately making the technology available across the majority of our portfolio.

The Chevrolet Equinox EV Canada launch plan is similar to the United States. The launch will take place in fall 2023, and prices (excl. incentives) will start at around CAD 35,000, which converts to approximately USD 28,000. GM will offer its VW ID.4 rival in Canada in the same two versions – fleet and retail, including the same trims – LT and RS.

We also have a Blazer EV that will be an affordable, a high-volume entry as well. And we’re working on something else even below those from a price standpoint, but we aren’t prepared to discuss the details of that quite yet.

The new car positioned below the Equinox EV could be an Ultium-powered replacement for the Bolt EUV. Dark clouds loom over the future of the Bolt family following the fiasco of defective LG Chem batteries. A successor with a different name, GM’s in-house and locally manufactured Ultium batteries, and a lower price tag could be the right solution for GM to protect its reputation in this market segment.

With the larger Equinox EV set to come at around USD 30,000, the successor to the Bolt EUV (that costs USD 33,000 onwards) could be 15-20% cheaper. It also could roll out of GM’s Orion plant. A person in the know-how of GM’s plans has told Reuters that the company would convert the factory to build Ultium-powered EVs.

GM is also developing the next-gen Chevrolet Equinox range with the combustion engine. The spy shots published by GM Authority in November 2021 show a camouflaged version of the new SUV, which appears to feature two-tier headlamps, a rising beltline, and a curvy greenhouse.

The fourth generation Chevrolet Equinox is also being tested in South Korea with provisional parts, and that could be a key market for the car. A spy shot from Autospy shows the upcoming SUV’s split headlamps that will likely consist of horizontal LED DRLs positioned at the hood level and main lamps stacked vertically below. The honeycomb grille inserts could also appear on the final version that makes it to showrooms.

We expect GM to launch the all-new gasoline-powered Equinox towards the end of 2022, about a year ahead of the Equinox EV.

What is the Chevrolet Equinox EV release date?

General Motors has said that it will launch the Chevrolet Equinox EV in the U.S. in fall 2023.

What will be the Chevrolet Equinox EV price?

The prices of the Chevrolet Equinox EV will start at around USD 30,000, GM confirmed.

Which models will be Chevrolet Equinox EV rivals?

The Chevrolet Equinox EV will compete with electric compact SUVs like the VW ID.4, Kia EV6, and Hyundai Ioniq 5. 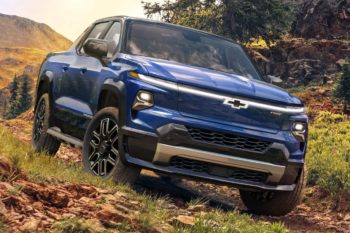 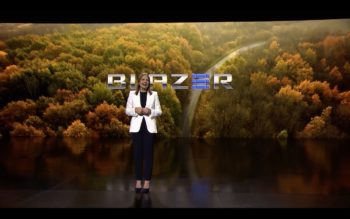