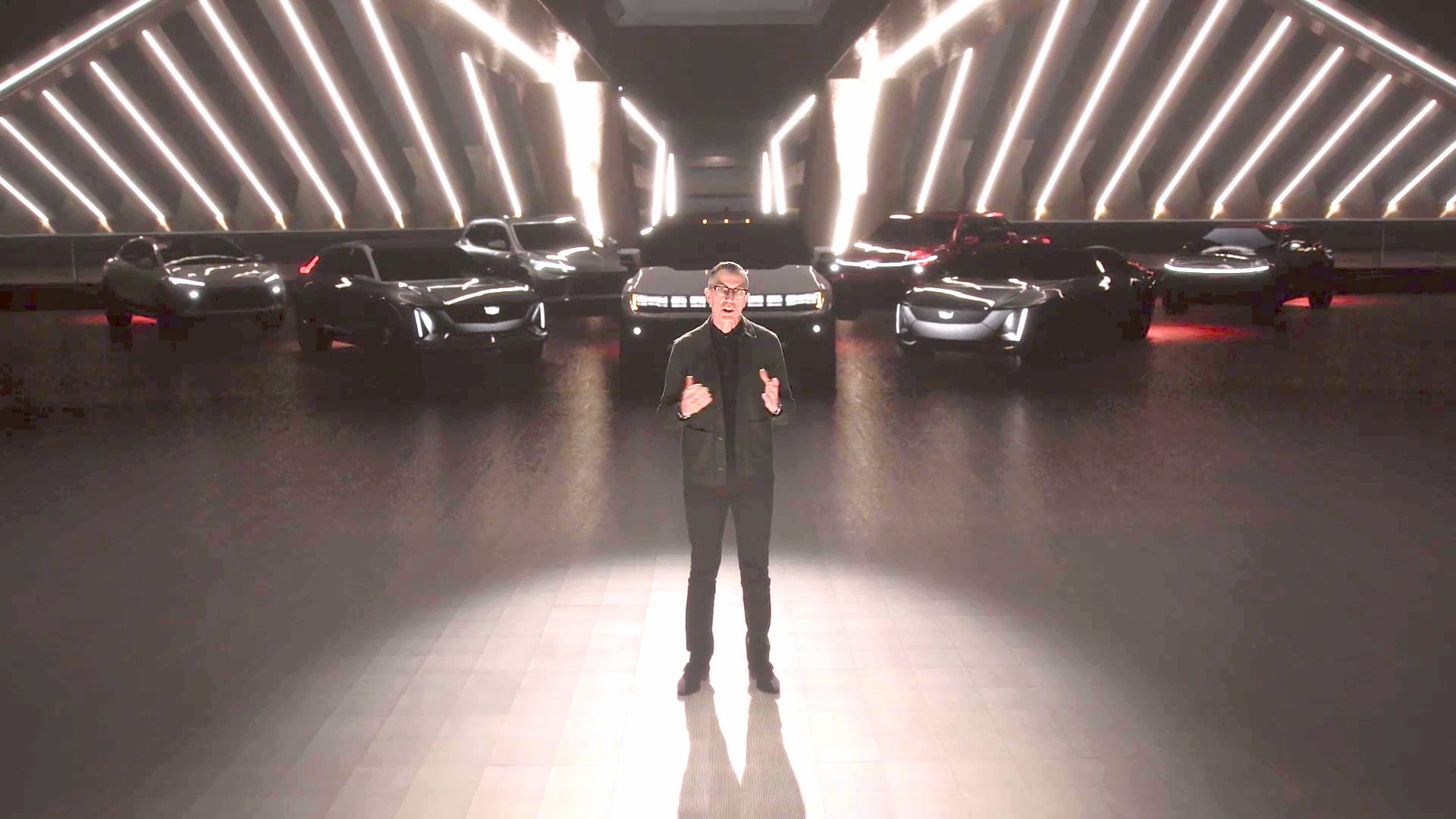 At CES 2021, General Motors teased several new EVs which it plans to introduce in the market in the near- to mid-term future. The lineup included two new Buick electric SUVs and a Chevrolet electric SUV.

Buick is now entering its third decade in China, the world’s largest EV market, and will build on the growing popularity in China of the Buick Velite family of electric vehicles with three new Ultium-powered EVs, adding a new crossover and SUVs to the line-up including two you see (in the distance behind me).

The car in the left corner in the teaser is likely a VW ID.4 rivaling Buick electric SUV that would slot above the Buick Velite 7 sporting a low and wide stance and overall quite an athletic look. Split headlamps comprising horizontal LED DRLs on the top and round main lights below them, and a large, trapezoidal nose cone instead of traditional grilles, smoothly sloping roofline, and rakish windshield can be seen in the teaser.

GM cannot miss out on a VW ID.4 rival from the Chevrolet brand as well. The right-most member could be that model, a technical cousin of the Buck electric SUV but with an individual design and the Golden Bowtie. The Chevrolet model should be offered in the USA market.

Behind the Cadillac Lyriq is another interesting Buick electric SUV, a bigger model, probably a mid-size SUV. It has a more upright and conventional SUV design but it’s almost as trendy from the front as the other Buick electric SUV. It is safe to assume that this would serve as the new Buick flagship vehicle in China. It should be a three-row model competing with the production version of VW ID. Roomzz concept.

The upcoming electric SUVs mentioned here would ride on the third-gen global EV platform (BEV3 platform) and feature Ultium EV components. GM wants to launch 30 all-new EVs and AVs (autonomous vehicles) by 2025, and it has committed to investing $27 billion in the same. 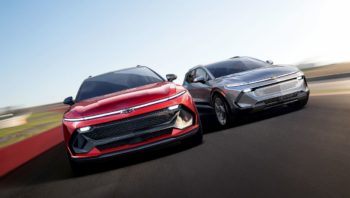 The Bolt and the Bolt EUV, made in Lake Orion, Michigan, reached dealerships in May 2021. 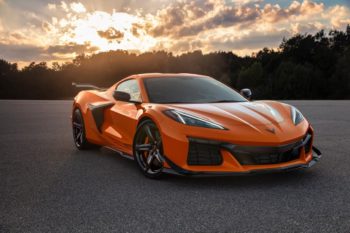 The Chevrolet Corvette electric is now a certainty, and it could come in an open-top variant.