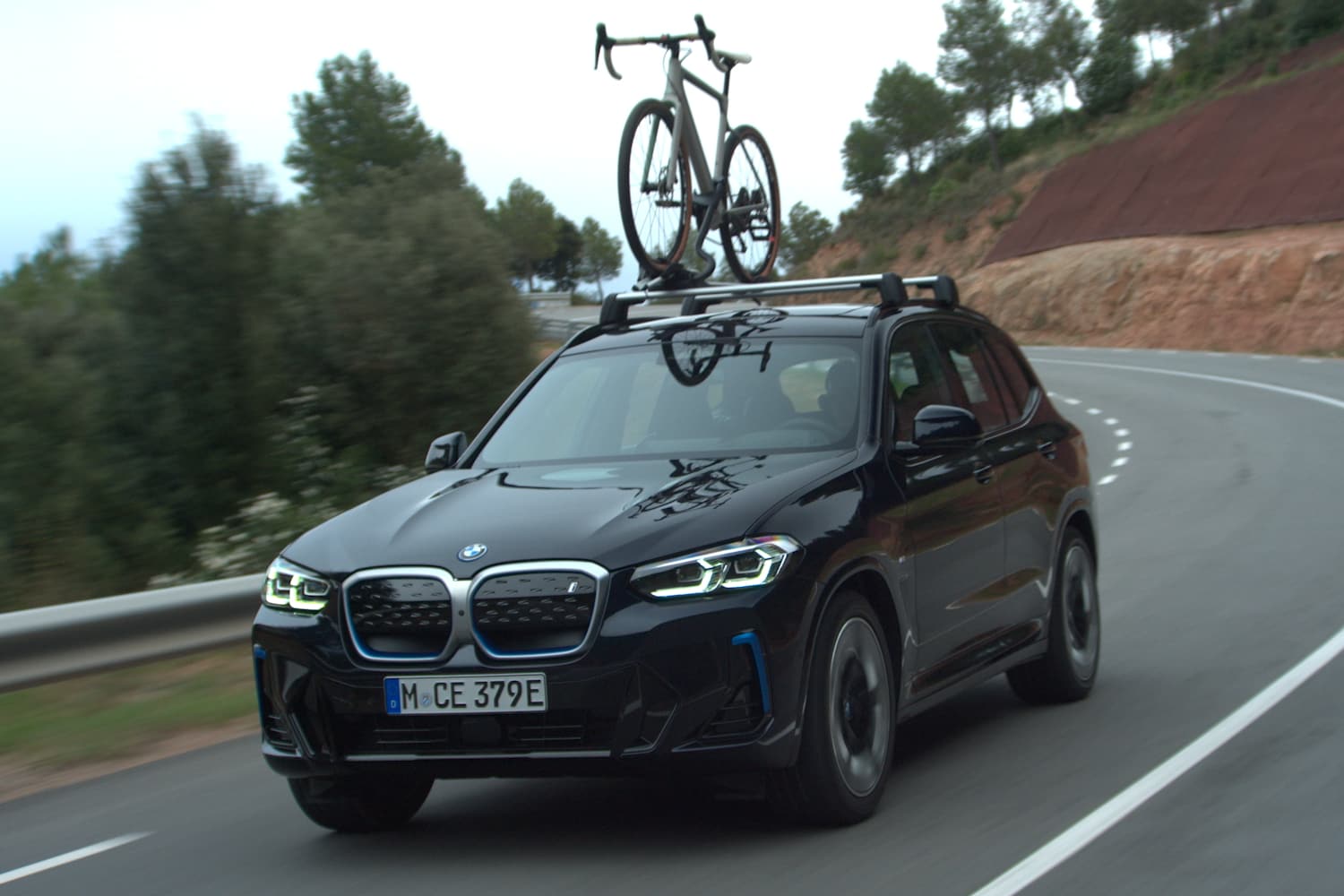 A new post from BimmerPost forum member ynguldyn, a credible source for BMW scoops, suggests that the next-gen BMW iX3 (codename: BMW NA5) will be the first Neue Klasse electric model. Unlike the current electric SUV that is sold in Asia and Europe, the next-gen iX3 will likely be available in the U.S.

Neue Klasse will be the family of third-gen BMW EVs. Redefined IT and software architecture, a new generation of electric drivetrains and batteries, and a radically new approach to sustainability throughout the lifecycle will be the main pillars of BMW Neue Klasse electric models.

The next-gen BMW iX3, unlike the current SUV, will sit on a platform developed exclusively for zero-emission models. “The Neue Klasse is electric-only,” Dr. Nicolas Peter, CFO, BMW Group, said during the company’s Q2 2022 earnings conference call on August 3, 2022. The BMW 3 Series electric and the BMW X4 Electric (BMW iX4), alongside the new iX3, are expected to be the first fruits of the Neue Klasse project.

BMW Group has given indications about what we can expect from its Neue Klasse components and how it would be better than the current model. The next-gen BMW iX3 will debut the sixth generation of BMW eDrive technology. The proprietary term ‘BMW eDrive’ refers to a combination of the core components of an EV, which are power electronics, electric motor(s), and a high-voltage battery pack.

In an announcement on September 9, 2022, Joachim Post, BoM Member responsible for Purchasing and Supplier Network, BMW Group, revealed that the company plans to use newly-developed round battery cells in the sixth-gen eDrive. Manufacturing of the new cells will take place at two factories in China, two in Europe, and two in the North American free trade zone.

BMW Group CEO Oliver Zipse has indicated that the Neue Klasse EVs in the mid-size segment will have the best-in-class range. Talking about the first model at CES 2023, he said that it “will be the benchmark in terms of range, charging speed, and pricing,” Automotive News Europe reported on January 12, 2023. If we talk about the next-gen iX3 specifically, it would need to beat the Tesla Model Y that delivers an EPA-est. range of up to 330 miles.

Frank Weber, BoM member responsible for Development, BMW Group, said that the sixth-gen lithium-ion cells will offer more than 20% improvement in energy density, up to 30% faster charging, and up to 30% longer range. For reference, the current BMW iX3 with the fifth-gen (prismatic lithium-ion) cells can travel up to 461 km or 286 miles on a full charge as per WLTP.

Weber shared new details about the battery packs at the Nachhaltigkeit durch Innovation (Sustainability through Innovation) event held in Munich on September 5, 2022. The energy storage capacity of the battery packs used in the Neue Klasse EVs will range from 75 kWh to 150 kWh, BMW’s development boss revealed at the Munich event.

Don’t expect the iX3 to get the biggest units, as Weber said that making the EVs heavier by installing higher-capacity battery packs to achieve extremely long ranges would be counter-productive. Instead, the aim is to achieve the lowest energy consumption by working on the EVs’ rolling resistance, aerodynamics, and energy efficiency.

According to a posting by ynguldyn of Bimmerpost, all upcoming BMW models based on the Neue Klasse architecture could be offered with different battery & motor combinations. It’s being suggested that the next-gen iX3 SUV is likely to be available in rear-wheel drive (RWD) and all-wheel drive (AWD) configurations spread across multiple variants – namely Standard Range RWD, Standard Range AWD, Long Range AWD, and even an M Performance AWD. If this sounds familiar, remember Tesla uses a similar naming strategy in its model line-up.

Thomas Albrecht, head of Efficient Dynamics, BMW, has said that, though technically possible, the company won’t use the next-gen cells to offer a range (WLTP) of over 1,000 km or 621 miles, as per an Autocar article dated September 15, 2022. Adding batteries to reach a four-digit range in the iX3 would be wasteful and make the SUV heavy and expensive.

With double the regular charging voltage – 800 volts, the Neue Klasse EVs, potentially including the next-gen BMW iX3, will likely take the maximum benefit of Electrify America’s 350 kW rapid chargers in the United States. Weber said that every minute of fast charging would increase the range by 30 miles to a maximum of 375 miles. A 0-95% fast-charging session would take about 12 minutes, as per the CAR report.

BMW Group plans to use cheaper, lithium iron phosphate cells also in select future BMW EVs, and the next-gen BMW iX3 could be one of them. The company could use lithium iron phosphate (LFP) cells in the low-end configurations of the next-gen BMW iX3 to price it competitively in select markets, one of which could be China. Dr. Ing. Marie-Therese von Srbik, Head of Battery Cell Development, BMW Group, has said that LFP cells make more sense for lower-range EVs. The rumored BMW i1 and BMW i2 models in the second half of the decade would benefit from this chemistry.

Spread over more than 400 hectares to the northwest of Debrecen, the new plant will have an annual production capacity of approximately 150,000 vehicles. It comes after an investment of more than EUR 1 billion, and over the next two years, the factory will employ over 1,000 people. This production facility, which comes online in 2025, will not use fossil fuels, depending exclusively on renewables for all its energy needs.

The aforementioned BimmerPost forum member claims that BMW Group plans to make the next-gen BMW iX3 in North America as well, at the company’s existing facility in San Luis Potosi, Mexico. The Mexican factory currently builds the seventh-gen BMW 3 Series Sedan and the second-gen BMW 2 Series Coupe. It will start rolling out the next-gen BMW iX3 over a year after the Hungarian facility.

The BMW Brilliance Automotive joint venture plant in Shenyang, China, which is the exclusive producer of the first-gen iX3, may also build the next-gen iX3. This way, like Tesla, BMW Group would have its mid-size electric SUV strategically produced on three different continents with local adaptations.

In the all-new iX3, the BMW Group will likely use e-drive units manufactured by Steyr, Austria. It has been confirmed that the company will use sixth-generation e-drives in its Neue Klasse models and manufacture them at its Steyr Plant. On June 20, 2022, the company announced that the Austrian factory would build the next-generation e-drives starting in 2025. Every year, Steyr will produce more than 600,000 e-drives. Rotor, stator, transmission, inverter, and housing will all be made at the Austrian engine plant in the future.

“Don’t forget pricing,” Zipse said after telling reporters at CES 2023 that the first Neue Klasse EV will be a benchmark in terms of pricing among other aspects. Considering the BMW Group boss emphasizes best-in-class pricing, we think the next-gen iX3 will start at around USD 55,000-60,000. That is assuming the company considers the Tesla Model Y (USD 52,990 onwards) as a direct competitor.

BMW Group can’t afford to ignore America’s most popular luxury EV segment for long. Though it may not be bringing down the current iX3 due to its limited range, performance, and lack of an AWD, the next-generation iX3 is a certainty. Besides offering a generational improvement in user experience, the redesigned electric mid-size SUV should be significantly more efficient and offer a longer range than the current model. Add North American production to the mix for a lower price, and Munich may have a potential top-seller in the U.S.

What is the next-gen BMW iX3 release date?

What will be the next-gen BMW iX3 price?

Which models will be the next-gen BMW iX3 rivals? 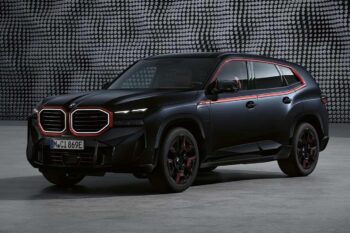 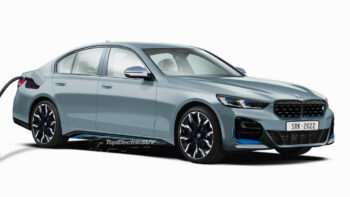