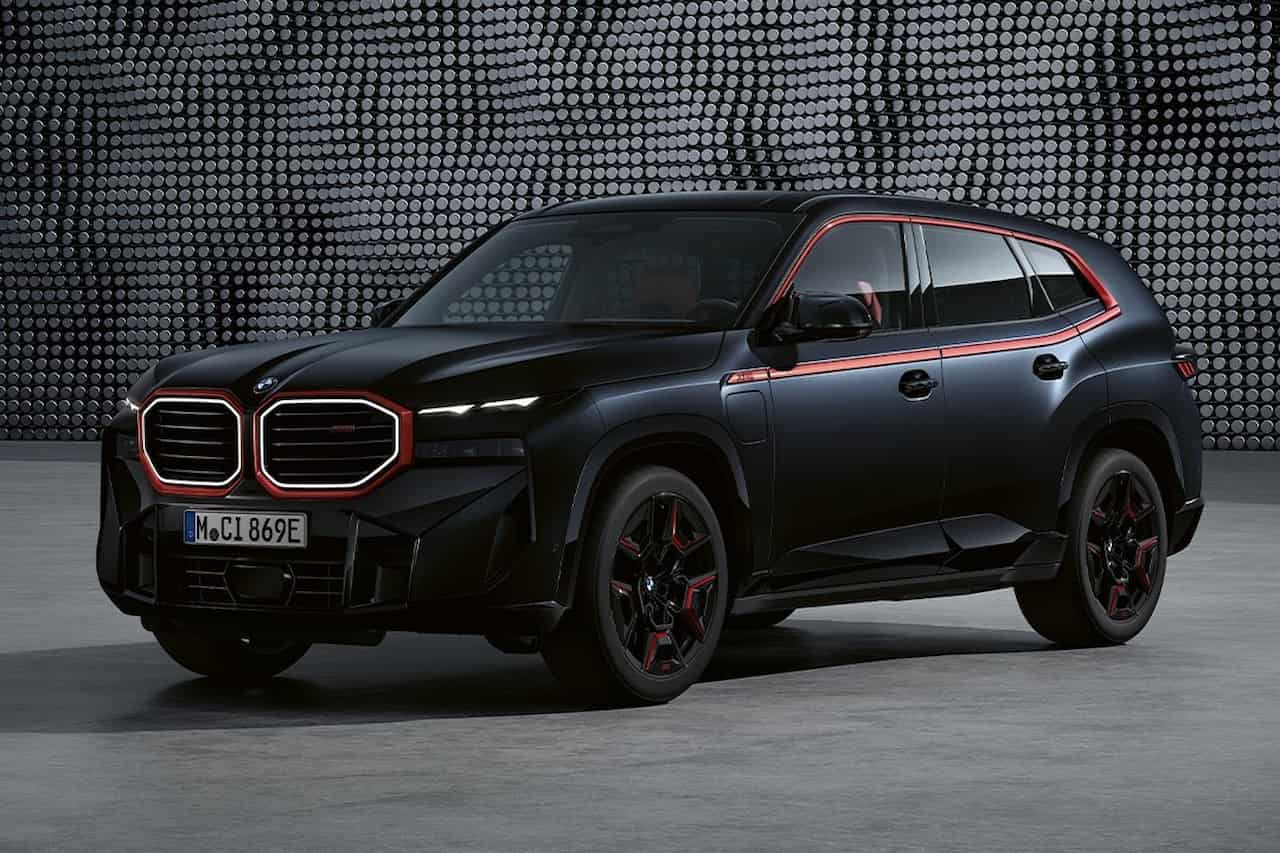 What’s crazier than a BMW XM, you ask? Another BMW XM. BMW M has confirmed that it will launch a limited-edition model called ‘BMW XM Label Red,’ the first in a series of Label installments, offered for a limited time. Here’s everything we know about the BMW XM Label Red so far:

BMW M usually offers two different versions of its models – a standard variant and a more powerful and performance-oriented Competition model. However, with the XM, the company decided to go with a new name – ‘Label Red’ – instead of the Competition designation. This was likely done in order to preserve the uniqueness of this particular model. BMW M has also expressed desire to launch not one but a whole series of over-the-top exclusive variants:

Higher performance could be the default upgrade for all the Label variants, and the color scheme and equipment could vary. According to a BMW Blog report, there are rumors of two additional Label variants in the pipeline – Label Black and Label Edition.

A single image of the BMW XM Label Red floating on the web has shown it featuring black paint. The BMW M kidney grille’s outer border, the XM badge in the kidney grille, and the accent band along the sides of the vehicle are finished in a bold red color. On the standard model, customers can have these elements in NightGold optionally.

Some publications say that the XM Label Red has new/distinctive wheels. However, we think these are the regular XM’s optional 22″ M LMR double spoke 922 M bicolor wheels available with two different 275/40 R22 tire options for EUR 1,760 or EUR 2,710 extra in Germany. The color scheme is unique, though. The XM Label Red gets these wheels in a gloss black color with contrasting red highlights. The same red accents should be present at the rear, too, as the surrounds for the diffuser elements. All that we know about the interior of the XM is that it will have red seat upholstery.

The exterior design of the BMW XM Label Red is no different from the regular model, and it’s safe to assume this applies to its interior, too.

The BMW XM is a new and stunning departure from the traditional BMW SUV. The car is designed for customers who are bold and outgoing and wish to go down a road less traveled. The giant kidney grille, split headlights, boldly sculpted hood with huge power bulges, aggressive bumpers, super-slim and boldly L-shaped rear lights, and the dual-branch, vertically arranged, hexagonal-shaped, quad tailpipes give a monstrous appearance to the BMW XM.

The sloping roofline and the sleek window graphic that narrows towards the rear lend the XM the highly aerodynamic styling of an SUV-coupe. Another exterior highlight at the rear is that there are not one but two BMW logos, both positioned uniquely, laser-etched into the flat, near seamlessly fitted back glass below each of the two cant rails. That’s a BMW M1-inspired styling cue.

The interior is rather conventional in the BMW XM. Still, the design somehow has its own suave to set its image as the best upper-class BMW SUV. The dashboard features the sleek-looking BMW Curved Display with M-specific display content. A four-zone automatic climate control system is standard. The integrated central vents are extremely slim, while the outer air vents are larger, vertically positioned items. There’s a typical BMW M steering wheel with red ‘M1’ and ‘M2’ drive mode paddles.

A sculptural headliner with a 3D prism structure is another design highlight on the inside. One more noteworthy feature of the interior is the ambient lighting, which includes discreet LED illumination for not only the dashboard, center console, door trim panels, footwells, and speaker trim but also the headliner. The headliner illumination is the highlight of the light show executed on entering and exiting the vehicle.

The BMW XM Label Red raises the bar for what is the first plug-in hybrid drive system from BMW M. Like in the normal XM, the M Hybrid system comprises a newly developed 4.4-liter BMW M TwinPower Turbo bi-turbo V8 engine and an electric motor integrated into the 8-speed M Steptronic transmission. The M xDrive system channels power to the road.

While the normal XM draws 644 hp and 590 lb.-ft. of torque from the electrified powertrain, the XM Label Red extracts 738 hp and a ridiculous 737 lb.-ft. of torque. This makes the XM Label Red BMW M’s most powerful road-legal series-produced car in history. The sprint from rest to 60 mph could take close to 3.5 seconds. For reference, the regular XM does the same in 4.1 seconds. While the top speed could be the same electronically limited 155 mph, BMW M may offer the M Driver’s Package as an exclusive option to increase that number to 177 mph.

BMW M plans to reveal the BMW XM Label Red following the U.S. launch of the standard model (scheduled in early 2023). The company has confirmed that the Label Red variant of the XM will cost over USD 185,000 and expects to start production of the same in the Summer of 2023. So, the XM Label Red will most likely be an MY2024 product and begin arriving at dealers in the second half of 2023. The variant will also be manufactured in America.

Frank van Meel, CEO of BMW M, denies that the XM should be considered a sports car. Speaking to Autocar, he said that the SUV is the fastest-growing and biggest segment, so the company decided to focus on that market.

At M Fest 2022 (October 15-16, 2022), Meel told CarBuzz that many Lamborghini Urus and Mercedes G-Class customers desire a similar product from BMW, so an SUV “was the logical choice” for BMW M. Timo Resch, Vice President Customer, Brand, and Sales, BMW M, indicated that he expects more demand for the XM from customers who have owned the Urus and exotic SUVs like Bentley’s Bentayga and Land Rover’s Range Rover than BMW M owners.

The U.S. is the biggest market for BMW M models worldwide, and the company expects the XM to be no exception. Announcing the SUV on September 27, 2022, BMW M said that the U.S., China, and the Middle East will be the vehicle’s key sales markets.

In a way, the BMW XM Label Red is the performance SUV for customers who aren’t convinced about the all-electric iX M60. The polarizing XM is sure to turn heads wherever it goes, and it’s going to be interesting to watch how its design ages. In particular, the Label Red variant will make it more special with its exclusivity (limited-period availability), bolder styling, and overwhelming performance characteristics.

What is the BMW XM Label Red release date?

What is the expected price of the BMW XM Label Red?