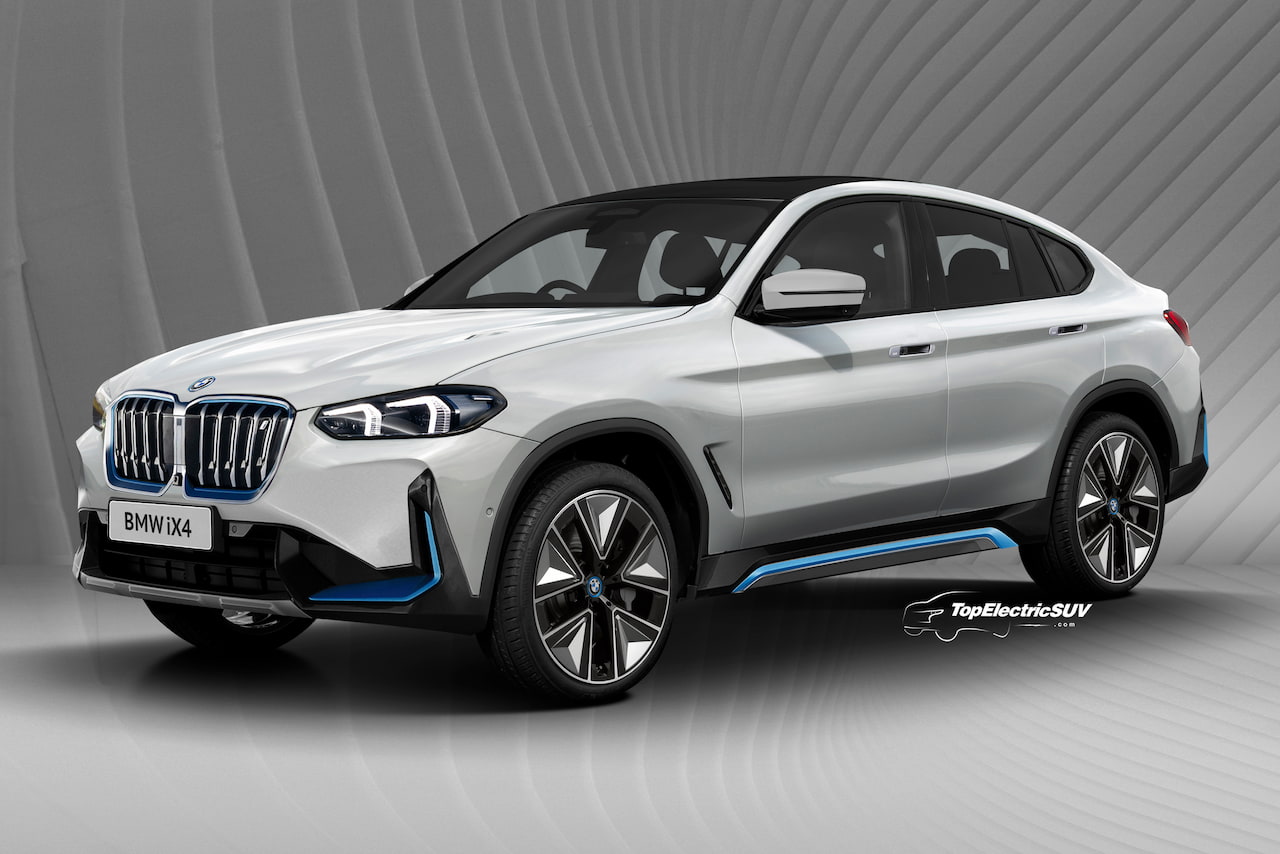 Update: ‘U.S. production’ sub-section added to ‘On the BMW iX4.’

Uncharacteristically, BMW’s X4 got a complete redesign in June 2018, just four years after its introduction. It is now rumored that its presence in the lineup won’t continue past 2025. A pure-electric BMW iX4 is in development to take its place and challenge the Tesla Model Y, anticipated to become the world’s best-selling electric car across segments and body styles by 2024. Here’s what we know about the BMW X4 Electric.

On the next-gen BMW X4

In September 2022, BimmerPost forum member and reliable BMW source ynguldyn said in a post that BMW may have canceled the third-gen X4 (G46). Production of the current second-gen X4 will end in November 2025, as per ynguldyn’s information. Just days after ynguldyn’s revelation, BMW Blog reported the same based on information from its sources. The estimated sales volume was too low to give BMW an acceptable ROI, the publication which specializes in the BMW Group, said.

On the BMW iX4

According to ynguldyn’s intel, a BMW iX4 is in the pipeline, planned for production at the company’s upcoming Hungarian plant in Debrecen from November 2026 until June 2034. Internally, the iX4 goes by the codename ‘BMW NA7,’ with ‘NA’ likely standing for ‘Neue Klasse.’ Regardless, given the SOP timeline, we can say with absolute certainty that it will be a Neue Klasse EV. That may also mean that the iX4 will have no technical relation with the next-gen X4.

Originally, Neue Klasse was a series of transformative sedans launched starting with the BMW 1500 in 1961. These models received enormous success until the BMW 5 Series arrived as their successor in 1972. From 2025, BMW is hoping to repeat that success with a series of highly advanced and sustainable electric vehicles with new Neue Klasse. The i3 was BMW’s first-gen EV, and iX3 onwards, we’re looking at the company’s second-gen EVs.

The Neue Klasse era will herald the German automaker’s third-gen EVs, the first of which will be three models belonging to the mid-size segment that’s unanimously popular in BMW’s main global markets. The first will be the next-gen BMW iX3 (BMW NA5), entering production in August 2025, followed by the next-gen, global BMW i3 sedan and the first-ever iX4, both hitting the assembly line in November 2026.

Neue Klasse EVs, including the BMW iX4, will have cylindrical lithium-ion battery cells similar to the Tesla Model Y’s 4680 battery cells. Part of the sixth-gen BMW eDrive technology, the new round cells will have two different sizes. The length will vary, but the diameter will be the same – 46 mm.

In addition to a format and size, the type of installation of the sixth-gen BMW battery cells will be new. BMW is planning to use module-less batteries in Neue Klasse EVs. In addition to confirming that it is eliminating the cell module level, the company has suggested it may use Tesla Model Y-like structural battery pack, saying that “the battery system plays a key role in the body structure of the Neue Klasse.”

Compared to the prismatic lithium-ion battery cells of the fifth-gen BMW eDrive technology used in current BMW EVs, the new BMW round cells will have higher nickel content and lower cobalt on the cathode side and increased silicon content on the anode side. The result – more than 20% higher volumetric energy density.

With double the normal voltage of a typical battery pack used in current BMW EVs – 800 volts – the Neue Klasse EVs will allow rapid charging. They will be able to achieve a much higher charging capacity with a current of up to 500 amperes. While current BMW EVs allow charging at just 195 kW, the BMW X4 EV’s maximum charging rate on direct current could be over 300 kW. A 10-80% recharge could be as quick as under 20 minutes.

BMW Group Plant Spartanburg, located in Greer (South Carolina), USA, will start making at least six pure electric models by 2030. One of these EVs will likely be the BMW iX4.

BMW Group plans to invest USD 1.7 billion in its U.S. operations, and USD 1 billion of that amount will directly go into preparing the Spartanburg plant for the production of EVs. The company will allocate the remaining amount (USD 700 million) to build a 1 million-square-foot battery assembly facility in Woodruff (South Carolina), just 16 miles away from the Spartanburg vehicle assembly facility.

The BMW iX4 could be the closest alternative to the Tesla Model Y from the German automaker. For X4 owners planning a replacement around the mid-decade, the X4 Electric, with its significantly more space-efficient interior, lower running & maintenance costs, and noticeably higher performance levels, would make an attractive choice.

What is the BMW iX4 release date?

The iX4 will likely start arriving at U.S. dealers in early 2027, following its global launch in 2026.

What will be the BMW iX4 price?

Which models will be iX4 rivals?

The Tesla Model Y and Audi Q6 Sportback e-tron will be the closest iX4 alternatives.

Featured Image Source: TopElectricSUV’s rendering of the all-electric X4 based on the current design language.