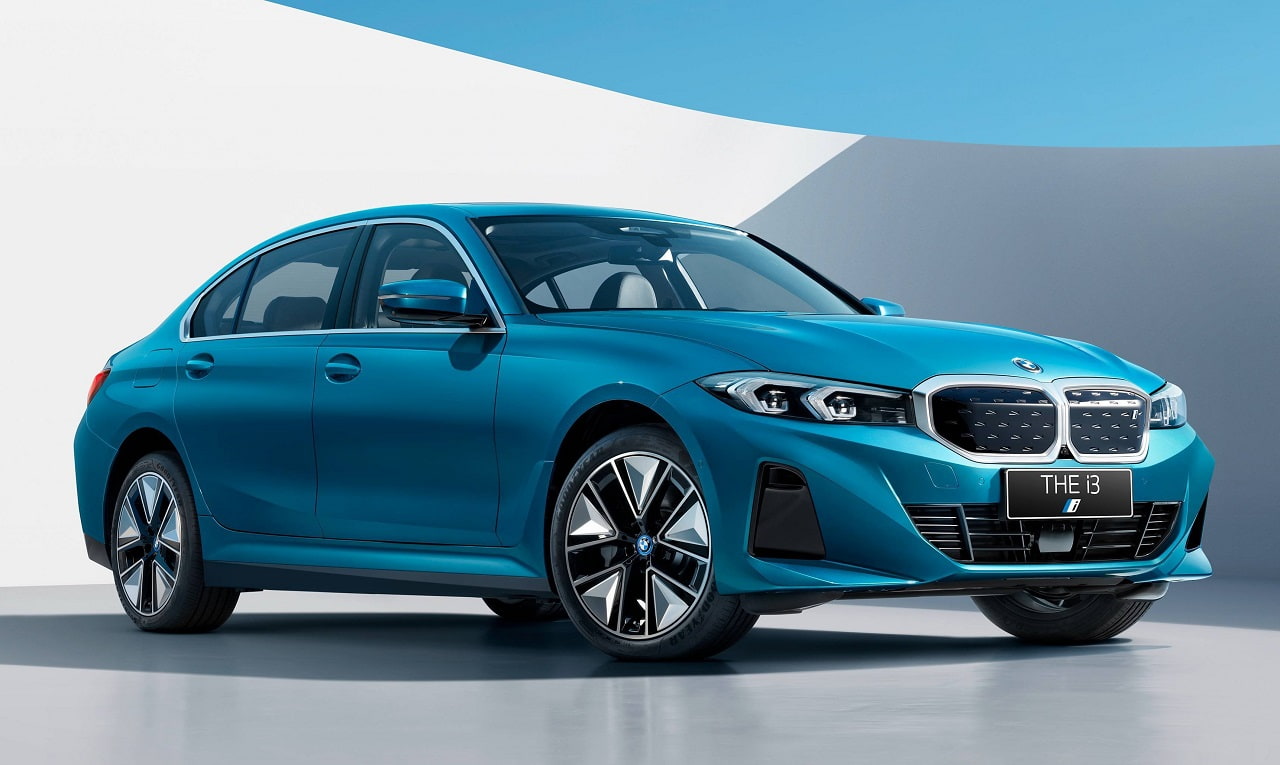 Update: ‘Neue Klasse to focus on the 3-Series segment’ section added to the beginning of the story.

The Bavarians have two BMW 3 Series electric models in the pipeline. The China-only version (BMW i3 sedan) that has just hit production, followed by an international version in 2025. The latter will be more advanced to lock horns with the established Tesla Model 3, which has now become the default sedan choice for early EV adopters across many markets worldwide.

NA5/NK1 to be the first BMW 3 Series electric

The internal name of the next-generation BMW 3 Series Electric is BMW NA5, according to a report from whichcar.com.au dated January 2022. The codename seems to conflict with BMW Blog’s report, which states that the codename is BMW NK1, according to its sources. The abbreviation NK1 could refer to the first Neue Klasse platform-based model. The global-spec BMW 3 Series Electric must be a highly desirable global car, whatever the codename may be.

Neue Klasse to focus on the 3-Series segment

According to an Autocar report dated October 18, 2021, the Neue Klasse platform would allow BMW to manufacture cars from the 2 Series-sized sedan to a full-blown SUV the size of the X7, said Frank Weber (BoM member responsible for Development at BMW AG). However, there seems to be a strategy shift at BMW as per a recent AutoNews report dated May 6, 2022. During the Q1 2022 earnings call, CEO Oliver Zipse stated that the Neue Klasse would focus on premium mid-size (middle size) cars. He said that the Neue Klasse does not cover from lower segments all the way to the luxury segments.

To rival the Tesla Model 3

The international-spec BMW 3 Series Electric will be an eighth-generation model. And to keep up with the highly competitive nature of the segment, it will have to offer plenty of novelty. Its new platform, design language, powertrain, in-cabin technology, and other features will enable it to compete. It will sport an electric-first ‘Neue Klasse’ platform under development at BMW Group Forschungs- und Innovationszentrum (BMW FIZ) in Munich, Germany, serving as the foundation of the third phase of the company’s electrification.

To keep the weight of the 3 Series electric bodyshell in check, BMW Group could rely on its multi-material formula. A combination of aluminum, steel, and carbon-fiber-reinforced plastic could be used when designing it.

The BMW 3 Series Electric might take inspiration from the BMW i Vision Circular showcased at IAA 2021, which is developed using the principles of a rethink, reduce, reuse and recycle. To minimize wastage and offcuts, the concept uses 3D printing so that surplus material can be systematically fed back into the materials cycle. Moreover, the Neue Klasse platform would also allow a cab-forward design making the cabin airier. The 3 Series Electric may get a windscreen header that’s placed rearward to improve the sense of space in the cabin.

A high proportion of recycled materials are expected to be used in upcoming BMW electric cars. The BMW i Vision Circular concept gives us an idea of what may be available in the future. For instance, the upholstery would have a velvet-like texture and feel but is made using recycled plastic. Also, expect future BMW electric cars to have a greater harmony between exterior and interior designs. The i Vision Circular uses bronze metal accents in the exterior and interior for greater design uniformity.

The floor will be flat in the cabin, with no center tunnel obstructing the space. This could result in a flexible cabin (for luggage and passengers) and a clean design. Buyers can also expect a ‘frunk,’ or storage space where the engine would typically be. The use of recycled and sustainably sourced eco-friendly materials should be significant, contributing to the company’s carbon-neutral goals.

It is reported that BMW plans to sell the global 3 Series Electric with two drivetrain layouts: single-motor RWD and dual-motor AWD system. It will use BMW eDrive technology, which will consist of a newly developed propulsion motor (including power electronics) and an 800-volt high-voltage battery pack. The NK1 could have a range of more than 435 miles, according to an Autocar report. The 350 kW DC charging power capability could help customers charge from 10% to 80% in 20 minutes at a charging station.

BMW is pouring resources into the development of Neue Klasse that would enable the brand to focus on volume production and streamline processes to reduce manufacturing and delivery times. NK would also support multiple drivetrain layouts, including FWD, RWD, and AWD. What’s more, NK can also allow multiple ride heights and support various wheel sizes, ranging between 18- and 22-inches. With this level of flexibility, the future 3 Series variants could be designed for cruising, performance and even all-road capability.

We expect to see a concept version of the BMW 3 Series electric (‘Vision’ concept) next year, before the car is available in dealer showrooms in 2025, alongside the new iX3. It will make its foray into a highly competitive space—Xpeng launched its entry-level sedan P5 in 2021, Nio plans to launch the Nio ET5 in September of this year, Mercedes-Benz plans to sell the C-Class EV by 2025, Jaguar may release a mid-sized electric sedan, and Ingolstadt is also planning a future Audi E4 (electric A4). And did we mention the evolved Tesla Model 3?

BMW Plant Munich, where the current 3 Series is made, will begin manufacturing Neue Klasse models from 2026 onwards. However, production would start in 2025 in the Hungarian city of Debrecen. A report by Whichcar has mentioned that Debrecen will be the production site of the next-gen BMW 3 Series and next-gen BMW X3.

BMW said in its annual statement for 2021 that the construction of the Hungarian facility would begin in 2022 and that the plant would have a yearly capacity of 150,000 vehicles. BMWGroup.jobs has confirmed that the foundation stone would be laid in Debrecen in early June 2022. The plant will be developed with an investment of approximately €1 billion.

The global launch of the BMW 3 Series Electric will take place without any doubt, but the petrol 3 Series will not be consigned to the history books. At least not yet. As part of BMW’s commitment to providing customers with the Power of Choice, a conventional eighth-generation BMW 3 Series is in the works. After all, the 3 Series is the bread and butter for BMW.

Electric vehicles are unlikely to be democratized by the middle of the decade in many regions where BMW has built a market share. In an interview with auto motor und sport in January 2022, Frank Weber (BoM member responsible for Development at BMW AG) shared that even in 2025, customers may not be able to freely drive an electric car due to infrastructure limitations. The progress isn’t as fast as some may have imagined.

Weber said that BMW would not like to put customers in a situation where only EVs are listed on the menu. The brand “will not force” customers to choose between new (electric models) and “old” (ICE models), according to Weber. EV adoption has already gained momentum in China, Western European markets, the United States, and Canada, but ICE models will continue to dominate sales in many markets like Southeast Asia and South America, among others, throughout this decade.

BMW to use green aluminum 2024 onwards

On April 9, 2022, BMW Group announced that BMW and MINI cars will run on cast aluminum wheels manufactured using 100% clean energy from 2024. A high-power-consuming electrolysis process is currently used to make aluminum and wheel castings. As a result, about 5% of the supply chain CO2 emissions are generated because of the methods mentioned above. BMW says using green energy would save 500,000 tonnes of CO2 annually. BMW has signed 400 contracts with its wheel suppliers to execute this sustainable process that oblige them to use green energy.

Unsurprisingly, the U.S.-built X range of SUVs (X3, X4, X5, X6, and X7) overshadowed the sedans, accounting for 57% of total Q1 2022 sales. The 3er wasn’t the only non-SUV model cannibalized by its SUV siblings; all BMW non-SUV offerings, right from the 2 Series to the 8 Series, witnessed negative growth. Lastly, 347 units of the all-electric BMW iX were sold in Q1 2022.

In BMW Group’s Investor Presentation dated April 2022, the brand has shed light on its E-Mobility Roadmap. By 2023, BMW says 90% of the segments (where BMW has a presence) would have at least one BMW electric car. For Phase 2 of the roadmap, the BMW iX1, BMW i7, BMW i5, Rolls-Royce Spectre, next-gen MINI Cooper electric and the Electric Mini Countryman have been confirmed officially. Additionally, the brand expects 10 million BMW pure electric cars to be on the roads in a decade.

Between 2025 and 2030, BMW is expecting global sales of BEVs to accelerate, and by 2030, 50% of its total global sales will be BEVs. Moreover, BMW is expecting over a 50% increase in BEV sales by 2025, with more than two million BEVs expected to be on the road. Additionally, BMW Group has a target of having one BEV in every segment where it operates. This would mean that customers would have a pure electric option for every price point by 2030.

What will be the BMW 3 Series Electric price?

We may see the global BMW 3 Series Electric in concept form in 2023. Market release may be early in 2024.

What are BMW 3 Series Electric rivals?

The 3 Series Electric’s competitors would be the Tesla Model 3, Mercedes C-Class Electric and Audi E4 (A4 e-tron).

The ‘Neue Klasse’ platform takes its name from the Neue Klasse of the 1960s. 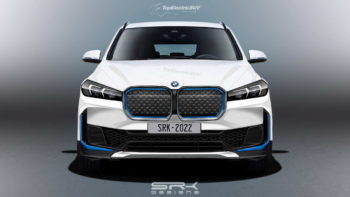 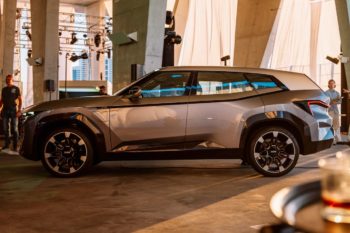 After nearly five years of rumors and speculations of an SUV above the X7, BMW Group has confirmed that it will launch the BMW XM this year.