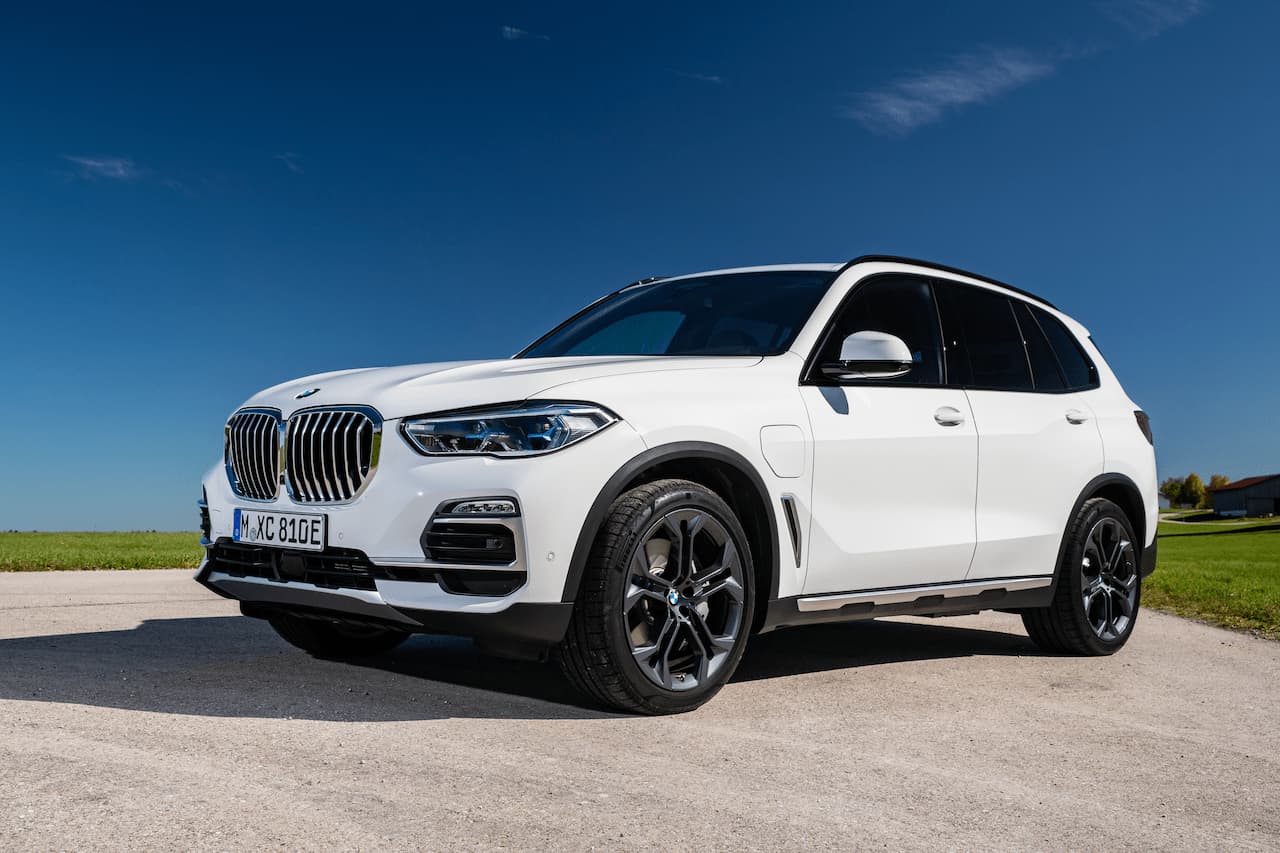 The fourth-gen BMW X5 introduced in June 2018 will receive a facelift in the coming months. The updated variant line-up will include a 2024 BMW X5 PHEV, which could offer improved efficiency and driving range over the 2023 BMW X5 PHEV. Here’s everything we know about the 2024 BMW X5 Plug in Hybrid:

Recent spy media has revealed that the 2024 BMW X5 carries mild exterior revisions. It will have slimmer headlamps that squint toward the inside. The tail lamps will likely be clear lens units that give a sportier look to the rear-end. The tailpipes of its dual exhaust system could also be new, featuring a design that mimics the quad exhaust system of the X5 M.

The changes mentioned above have appeared on a new ‘M60i’ variant, which will reportedly replace the M50i. Apart from these revisions, expect new front and rear aprons, an updated design for the kidney grille, and new alloy wheel choices to give the car a younger look.

The 2024 BMW X5 PHEV interior should be perceivably different from that of the current model with a newly designed cockpit, thanks to an all-new BMW iDrive that includes the BMW Curved Display. The new cockpit design will likely seamlessly merge a 12.3-inch driver information display and a 14.9-inch touch-operated control display. Expect BMW Curved Display to be a standard feature in the new X5.

The BMW Curved Display is the most distinctive new physical component of the latest BMW iDrive. The all-new iDrive runs on BMW Operating System 8, which is a massive upgrade over the BMW Operating System 7. BMW OS 8 debuts a new design language with strong and eye-catching graphics, futuristic textures and forms, and a more intuitive UI.

BMW OS 8 may extend the capabilities of the BMW Intelligent Personal Assistant. Users would be able to give naturally formulated voice commands to adjust the climate control system and open/close a window or the panoramic glass sunroof. The control display will likely show spheres of light in differing sizes and brightness levels when using it.

The 2024 BMW X5 Plug in Hybrid will re-employ the electrified powertrain of the current model, but with updates for improved efficiency. We’re talking about a 3.0L BMW TwinPower Turbo gasoline engine that works with a BMW eDrive electric motor integrated into an 8-speed Steptronic transmission. This combination provides a combined power of 389 hp and a system torque of 443 lb-ft.

The battery pack powering the electric motor of the X5 PHEV is a 24.0 kWh lithium-ion unit. It provides an EPA-est. electric driving range of 31 miles. Unlike the current SUV, the 2024 X5 PHEV could support DC fast-charging. The current model takes 4 to 5.3 hours for a full charge with a Level 2 charger.

The 2024 BMW X5, with its sportier design, a visibly more upmarket interior with big upgrades to the cockpit, and more efficient drive components, should make what is already a desirable SUV more tempting! Though it’s expected to come in a little more expensive than the current model, it should be at least USD 15,000 cheaper than its pure electric alternative – the BMW iX.

Which plug-in hybrid SUVs will rival the 2024 BMW X5 PHEV?