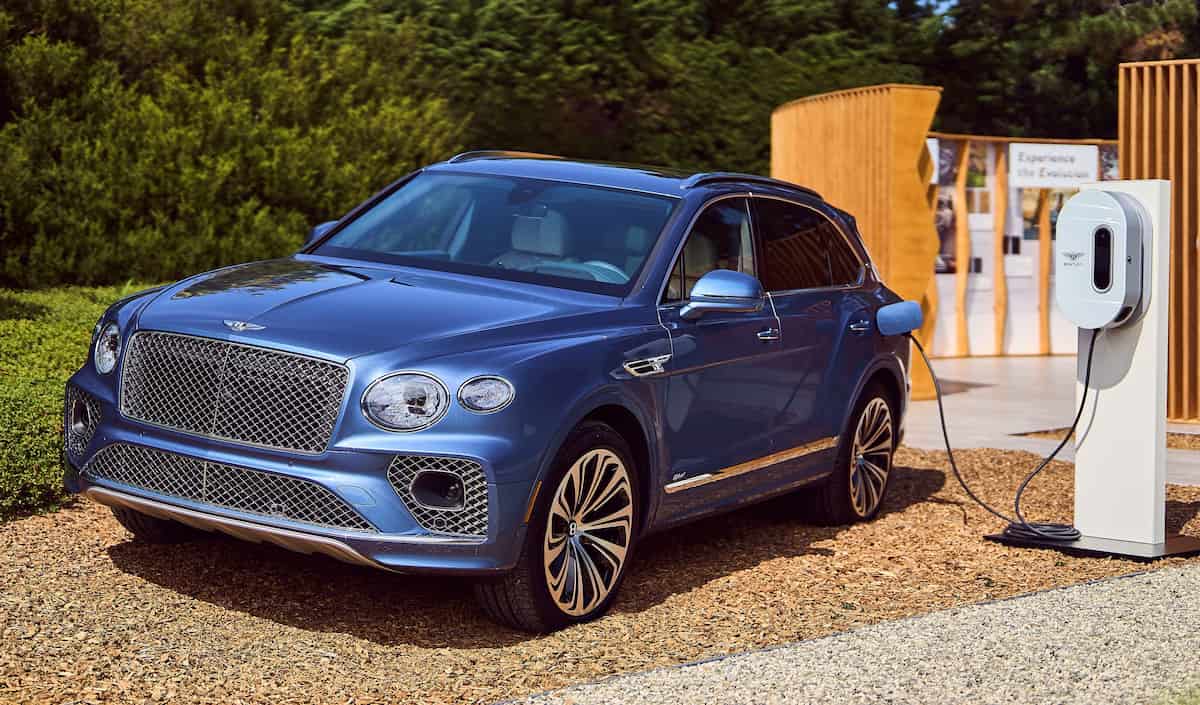 The first Bentley electric car will be a high-riding vehicle, and is being developed concurrently with the Audi Artemis (project name) that is scheduled to premiere in late 2024. Adrian Hallmark, CEO, Bentley, speaking to CAR Magazine, suggested that there won’t be a considerable time gap between the premieres of the Audi Landjet and the Bentley electric car.

“With our current cars, we had to get into the engineering largely after they (the platforms) had been done,” CAR Magazine quoted Hallmark saying in a report filed in 2021. “The difference now is that with Artemis we’re right in there at the beginning, helping define it. We’re not leading it, but we’re going to be a beneficiary of it,” he added.

The first Bentley electric car has been all but confirmed to be a high-riding model. Asked if it would be an SUV, Hallmark replied:

If you’re not in SUVs, you’re nowhere.

Adrian Hallmark, CEO, Bentley, on the style of the firm’s first BEV

The inaugural Bentley electric car is expected to ride on the PPE platform while employing select SSP modules. The PPE platform’s state of charge is 800 volts, enabling rapid charging at 270 kW, where charging the battery from 5-80% takes less than 25 minutes. The company revealed in its annual report for 2020 that PPE cars can deliver a range of up to 600 km or 373 miles.

According to an April 2020 report from Autocar, Bentley had then already started working on a concept for its first EV. The company has been selling an SUV since 2016, the Bentayga, but it’s traditionally been the go-to brand for luxury sedans and grand tourers.

During an interview with Automotive News on May 17, 2022, Bentley CEO Adrian Hallmark stated the advantages of the PPE. He said the platform would provide Bentley with battery technology, body systems, drive units, autonomous driving ability, and connected car technologies. Rather than adapting an existing VW Group platform, Bentley attributed were “baked in at the beginning,” Hallmark added.

Luxury EV customers might not want to deal with the fuss of charging cables. This could be a problem to a greater degree for an exotic brand like Bentley. The company may offer wireless EV charging support to address this issue, Hallmark suggested. The brand boss was speaking about how EVs will become the new normal globally by 2030. He said (via Autocar):

It’s possible everywhere by then. Look at the rate of ramp-up (of charging infrastructure) on motorways and elsewhere: it’s extraordinary. And there will be innovations by then that help, too, such as inductive charging breakthroughs.

Hallmark’s previous statements are an indicator that the Bentley electric vehicle might not be a typical shape like the Bentayga. “We need to be looking at how we can deliver slippier cars with a profile that gets the most out of it aerodynamically,” Hallmark told Autocar in 2021. Like the Artemis, it could blend body styles but would have tall sides.

The high ground clearance would allow Bentley to safely package batteries on the car’s floor and make the model appealing for a wide range of customers. Genesis has attempted a similar design with the Genesis GV60 at a lower end of the market.

Adrian Hallmark told Automotive News that the Bentley electric car would pack up to 1,400 hp. The raw power would enable the EV to sprint from 0-60 mph in 1.5 seconds. The figure sounds unrealistic, but Bentley is mostly likely discounting the time it takes to cover the first foot of distance while getting off the line, something that Tesla also states for the Model S Plaid. Customers who find this acceleration very quick will also have the option of a ‘slower’ 0-60 mph time of 2.7 seconds.

And yet, the brutal acceleration time will not be the Bentley Electric car’s USP. Hallmark stated that the main attraction would be its effortless overtaking ability, thanks to a tremendous amount of torque on demand. He added that customers are more interested in the 30-70 mph acceleration time or, in Germany, 30-150 mph, and that’s where the PPE-based electric Bentley will show its prowess.

Speaking to Autocar in April 2020, Hallmark suggested that launching a Bentley electric car with a smaller body compared to today’s models isn’t an appealing solution for achieving a high range, as customers would see it as a lower price segment product. He hinted that the high-riding all-electric Bentley would have a range of 300-350 miles. Aerodynamics and weight reduction would be focal points of the project.

The prediction is battery technology will have moved forward again by that date and that will put us at the edge of what we think we need to give customers: 300-350 miles of range, or enough to cruise at a 65 mph average for five hours.

Citing Hallmark, a report from Auto Express in July 2021 suggested that the first Bentley Electric car is likely to come with one of Volkswagen Group’s large battery packs, if not the largest. The energy content is likely to be between 115 and 130 kWh, enough to conquer a range of about 400 miles (WLTP) with even a large SUV.

Seeing where Daimler is heading with the Mercedes EQS SUV, a 400-mile (WLTP) range is a realistic expectation from an aerodynamic Bentley electric car. The grandiose Mercedes-Maybach EQS SUV, which will rival the Bentley electric vehicle, is also expected a 350-400 trip for a single charge.

Cell and battery technologies will improve greatly in efficiency and weight by 2025 as companies are pumping billions of dollars into R&D. Hallmark is expecting the energy density will improve by the time Bentley releases its first EV. Hyundai is predicting that it will move from a density of about 600 wh/L to around 750 wh/L by 2025.

For Bentley to jump too early into BEVs, before you get to 115-130 kWh of energy in a credible size and mass, makes no sense. We know existing battery providers will see step-ups of 30% in energy density by the middle of the decade.

Return of the Bentley Mulsanne brand?

In an interview with Autocar.co.uk published in February 2022, Hallmark indicated that the first EV would likely be a halo product, with Autocar speculating a starting price of around GBP 250,000. As per the British media, the first Bentley electric car would be a brand new body style with the opulence of the Mulsanne, but it would be a high-rider.

In the Autocar interview, Hallmark confirmed that 95 per cent of the interior design was complete, and around 80-85 per cent of the exterior was ready as the first prototypes are to take to road testing from later this year. The design will mark a departure from existing Bentleys is what Hallmark seems to convey. Given the brand recall and its heritage, it is a pertinent question whether Bentley could resurrect the Mulsanne name for this EV. Previously, the Mulsanne was discontinued in 2020 after 10 years in service.

Bentley plans to launch a new EV each year from 2025 for five years. The company has confirmed that it will design, develop, and manufacture its first EV at its headquarters in Crewe, England. It will invest GBP 2.5 billion in sustainability over the next decade, with the aim of becoming a 100% EV brand in eight years. It plans to start production of its first EV in 2025. We are yet to know what the other four Bentley Electric car models arriving by 2029 are, but most of them could be low-height (coupe/cabriolet/sedan) models.

Manufacturing of the body of the Bentley Electric car will likely be at the same production site as the Audi Artemis – Volkswagen Commercial Vehicles Hannover plant, Germany, Dr. Herbert Diess indicated at Volkswagen Group’s Supervisory Board meeting on December 9, 2021. This factory will be responsible for the ID. Buzz, too.

Hannover would entirely change with the ID. Buzz. Launched next year, we are entering the BEV world. The most interesting German premium car, the Artemis, will be built in Hannover as well. In addition, we are expanding our body manufacturing for a new model of Bentley.

We’re years away from seeing the price list of the Bentley Electric car. But during the aforementioned interview with Automotive News, Hallmark stated that one variant of the electric vehicle would be in the Mulsanne price range. In 2020, when the last Mulsanne rolled out of Bentley’s production facility in Crewe, England, its exit price was roughly EUR 250,000 (USD 263,118). Hallmark did not mention whether the rest of the variants would undercut this price range or be more expensive.

Dr. Diess suggested at the Volkswagen Group New Auto strategy announcement in 2021 that Audi and Bentley will have close ties in the EV era. He said:

Now in control of Bentley, Audi will use this technology to build the most sophisticated luxurious Bentley thereby entering segments that haven’t been accessible to the Audi brand before. Bundling Bentley’s all-electric luxury car portfolio with Lamborghini and Ducati in the Audi Premium Group will further leverage all possible synergies in premium.

Bentley has committed to offering a hybrid powertrain option across the range by 2023. In November 2020, it said that from 2026, a year after it launches its first EV, which it calls the “first cradle to grave fully carbon-neutral car,” it will sell only PHEVs and BEVs. By 2030, it will migrate to 100% electric vehicles.

What is the Bentley electric car release date?

Bentley will launch its first electric car in 2025. It plans to launch a total of 5 EVs this decade.

What is the first Bentley electric car price?

Customers of the Bentley EV should be willing to shell out around EUR 250,000.

Which are the competitors to the Bentley EV?

The Mercedes-Maybach EQS SUV (2023) and the Range Rover Electric (2024) are its indirect competitors. 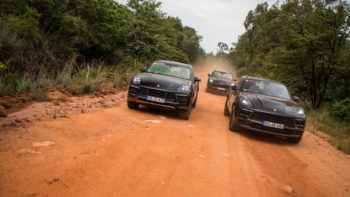