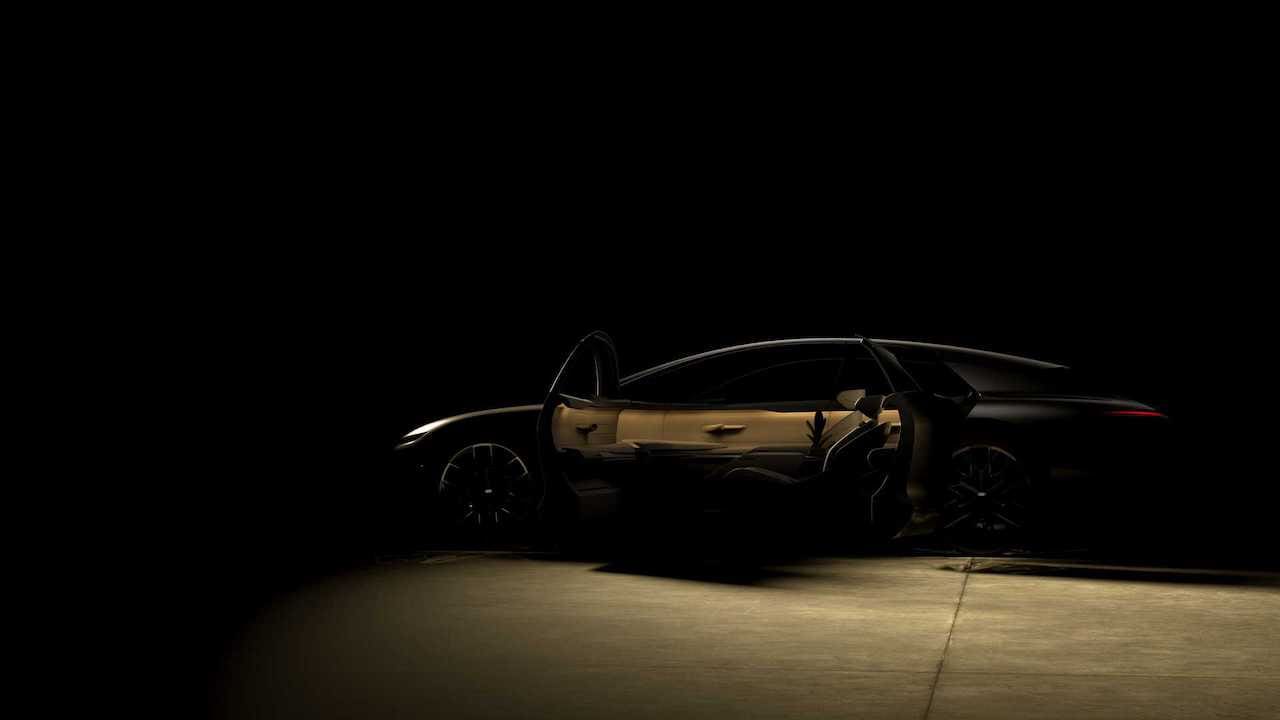 At Volkswagen Group’s Power Day event in March 2021, Markus Duesmann, CEO, Audi, had hinted that the Audi Landjet concept is ready and that development of the production Audi Landjet will begin shortly.

After almost nine months, we have now reached an important project milestone and successfully completed the concept phase for the first model based on the Artemis. We are now starting serial development of this project.

Audi announced in May 2021 that Artemis GmbH has handed over the vehicle development to the parent and the software development to CARIAD. As a result, Alexander Hitzinger, CEO, Artemis GmbH, steps down, and Oliver Hoffmann, BoM member responsible for Technical Development, Audi, takes charge of Artemis GmbH.

In December last year, Artemis changed from an internal project to an independent company. It was created in early June last year to fast-track Audi’s Tesla rivals, including the hyped Audi Landjet. Announcing the new company (on linkedin.com), Hitzinger said: “Goodbye VW Autonomy, hello Artemis GmbH!” With the Audi Landjet project back with Audi, Artemis GmbH is focusing entirely on methods, processes, and tools, with the intention of creating a blueprint for software-driven vehicle development.

With its high-tech project Artemis, a highly efficient, sophisticated electric car with level 4 driving features, Audi will yet again develop cutting-edge technology for the whole group.

Audi Landjet is neither an ‘A’ nor ‘Q’ model

Audi can’t reveal what the Landjet, initiated under the Artemis project, is just yet, but can tell us what it’s not. In an interview with Wirtschafts Woche in January 2021, Duesmann discussed the branding of the Landjet.

According to a report from Autocar, Audi considered releasing the new flagship model as the ‘Audi A9.’ However, now it has decided to go for a new nomenclature.

Audi Landjet is a “a radical new concept”, says the Audi design chief

The Audi Landjet is expected to be a revolutionary product at Audi, and that’s exactly how Marc Lichte, Head of Design, Audi, describes it. Speaking to caranddriver.com in December 2020, he provided small details on the four-ringed brand’s future flagship EV.

Lichte said that the Audi Landjet would be “a revolution” and “a radical new concept”. The Audi design chief is of course one of the privileged few who has worked on the car, and says that it “looks completely different”.

Süddeutsche Zeitung may have seen the first design sketch of the Audi Landjet, and it was briefed on the design by Lichte in March 2021. Speaking to the German publication, Lichte suggested that, unlike other luxury cars, which are more business class, the Project Landjet would offer a first-class experience with a clear view of the road ahead to occupants.

There would be a stronger emphasis on ensuring the ability to enjoy the car’s luxuriousness from the front seats. Autonomous driving opens up new possibilities for designing the interior, and it can significantly improve passenger experience, Lichte explained. “The driver’s seat can become a living space with a backrest incline of 50 degrees,” he said. With the car’s autonomous driving system set to become the chauffeur now, customers preferring the rear seats may be more interested in taking a front seat on cars like the Audi Landjet.

More recent reports suggest that the Audi Landjet concept takes design inspiration from the Audi Grand Sphere concept that is to be presented in September. From the teasers, it looks like the Audi Grand Sphere is a low-slung, highly aerodynamic, avant-garde station wagon. A station wagon with a flat floor can provide plenty of space for passengers and luggage and also accommodate large battery packs. On top of that, it can be more aerodynamic than an SUV, which translates to a longer travel range.

Lichte has suggested that Audi will offer alternative interior materials that are easy on both environment and animals for its upcoming EVs. Speaking to CarBuzz recently, he said that the company is developing vegan materials and considering surrogate leather. Soon, Audi models will have not only new materials but also new textures and new fabrics, the design chief added.

Move from PPE to SSP

Initially, Audi suggested that the Landjet will ride on the PPE platform co-developed with Porsche. So, we expected that its most ambitious model yet will have a range of at least 373 miles.

Now, Volkswagen Group says that the Artemis project will use the significantly more advanced SSP. SSP or Scalable Systems Platform will be a new mechatronics platform arriving around the middle of the decade. Below is what Dr. Herbert Diess, CEO, Volkswagen Group said about it at the company’s New Auto strategy announcement event:

The next-generation of our hardware platform, in the succession MQB, MLB, MEB, and PPE, will allow us to reduce complexity over time as we will consolidate our existing platforms to one architecture for the entire e-product portfolio. From entry-level to top of the range, from 85 to 850 kW – our super platform. It will be 100% electric and ready for autonomous driving, available for all models and brands.

To improve and speed up its mechatronics platform competencies, Volkswagen Group will invest around 800 million Euros into a new research and development facility in Westbrook, further improving best practices in platform design. Markus Duesmann and Thomas Schmall will lead the entire program.

Duesmann indicated at Volkswagen Group’s Power Day event that the Audi Landjet will debut the parent company’s unified battery cell format, which offers the best conditions for the eventual transition to solid-state battery technology. He said:

The model (Artemis) will play a key role in its respective model series. Among other things, it will be the spearhead of our electronic platform. This first model based on Artemis will also be the first one to use a new unified battery cell format.

With the Audi Artemis model, we will be spearheading major modules of the SSP starting in 2025. It symbolizes the transition from the PPE platform to the SSP. And with E3 2.0 and the new unified battery cell format, it already brings an important part of the SSP into serious production from 2026 onwards.

By 2030, the SSP will cover a bigger volume than the PPE and the MEB put together. Volkswagen Group wants to sell more than 40 million vehicles based on the SSP over the lifetime. Duesmann said at the New Auto strategy announcement event that the rollout of the new mechatronics platform and the related reduction in complexity will be faster than ever before.

Volkswagen Group is laying the foundation for the SSP at full speed. It has organized the development by a clear allocation of responsibilities within the company and already made key decisions. For instance, in addition to unified battery cell format, it has determined 800-volt flex as a standard tension for the whole SSP. This allows the company to combine the different powertrains with different battery sizes in combination with best-in-class charging capabilities and reduced complexity.

Audi is working on a dedicated fast-charging network as well while developing the Landjet, as per a report from spiegel.de. By the time it launches the Landjet, it would have an infrastructure similar to Tesla Supercharger that is exclusive to the brand. Porsche customers will also be allowed to charge at these fast-charging stations eventually. Charging at 350 kW or even higher peak charging power should be possible here.

The Audi Artemis will debut a new-generation vehicle software architecture called E³ 2.0, and CARIAD will be responsible for the development of the same. Dirk Hilgenberg, CEO, CARIAD, announced this development at Volkswagen Group’s New Auto strategy announcement event. He said:

We will integrate our stack 2.0 in Audi’s Artemis project for the first time in 2025.

With CARIAD, we are fully committed to developing the leading automotive software stack in the industry. We are moving towards a synergetic business model. Most of the software-related R&D costs of the brand have been shifted to CARIAD, which will be reported as a standalone entity in the future. The CARIAD business model foresees a significant upfront investment phase of about 2 to 2.5 billion Euros per year. In the income phase, CARIAD will receive licensable fees paid by the brands or paid by potential third parties for the software use. This already started with the rollout of the ID family architecture.

Duesmann talked about the benefits of the E³ 2.0 software architecture at the New Auto strategy announcement event. He said:

When it comes to the advantages and performance of the SSP, E3 2.0 is probably the best example. Especially E³ 2.0 as one of the high-value modules will be the enabler for a growing portfolio of software services.Through this electronic architecture, we will be able to provide new functionalities quickly and efficiently to our customers across the group and we will realize significant economies of scale.

Level 4 autonomous driving is a ‘High Automation’ level, where systems do not require inputs from the driver but their functions are limited to some areas – such as in a parking lot or on highways. The driver needs to take control when the vehicle leaves the defined areas, like when it drives into town.

Germany’s federal cabinet recently passed the draft for fully autonomous driving, which would serve as the model for other EU countries. The Audi Landjet will be technically ready for Level 4 autonomous driving. In Level 4 on the highway, the driver would “no longer need to operate the car,” and so, he/she would “no longer have to be able to reach the steering wheel and the touchscreens” with hands all the time,” Lichte said.

In January 2021, a report from automobilwoche.de suggested that the Audi Landjet Concept will debut at the first-ever Munich Motor Show this year. IAA 2021 is scheduled to take place from September 6-12. Insiders describe the Audi Landjet concept as a sporty and elegant amalgamation of an estate or an Avant in Audi parlance and a four-door coupe, confirmed by the teasers.

Citing Duesmann, another recent automobilwoche.de report said that Audi plans to unveil the final production Landjet project in 2024 but won’t launch the flagship EV before 2025. The Artemis project was reportedly running behind schedule in February. The German media reported that the Artemis team was quite ambitious about the design, perhaps more than Audi would have liked, as they constantly pitched ideas and requests that were not feasible for the mass production.

We’ll get an update on the final release date of the Project Landjet at the IAA 2021 where Audi presents the Audi Grand Sphere concept.

What is the Audi Landjet release date?

2025 is the much-awaited Audi Landjet release date. Its concept version, called the Audi Grand Sphere, will debut at the IAA 2021 (September).

What will be the Audi Landjet alternatives?

The Audi Landjet is expected as a sleek alternative to cars like the Lucid Air, Tesla Model S, and the Mercedes EQS. 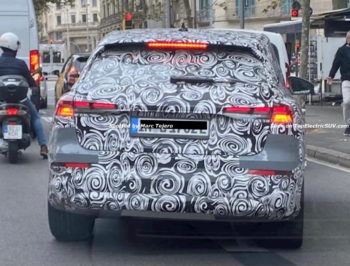 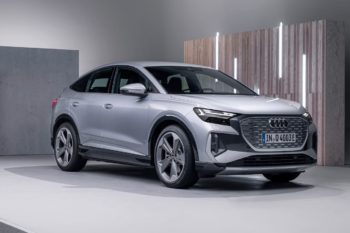 The Q4 models are now available in two new variants in Europe.