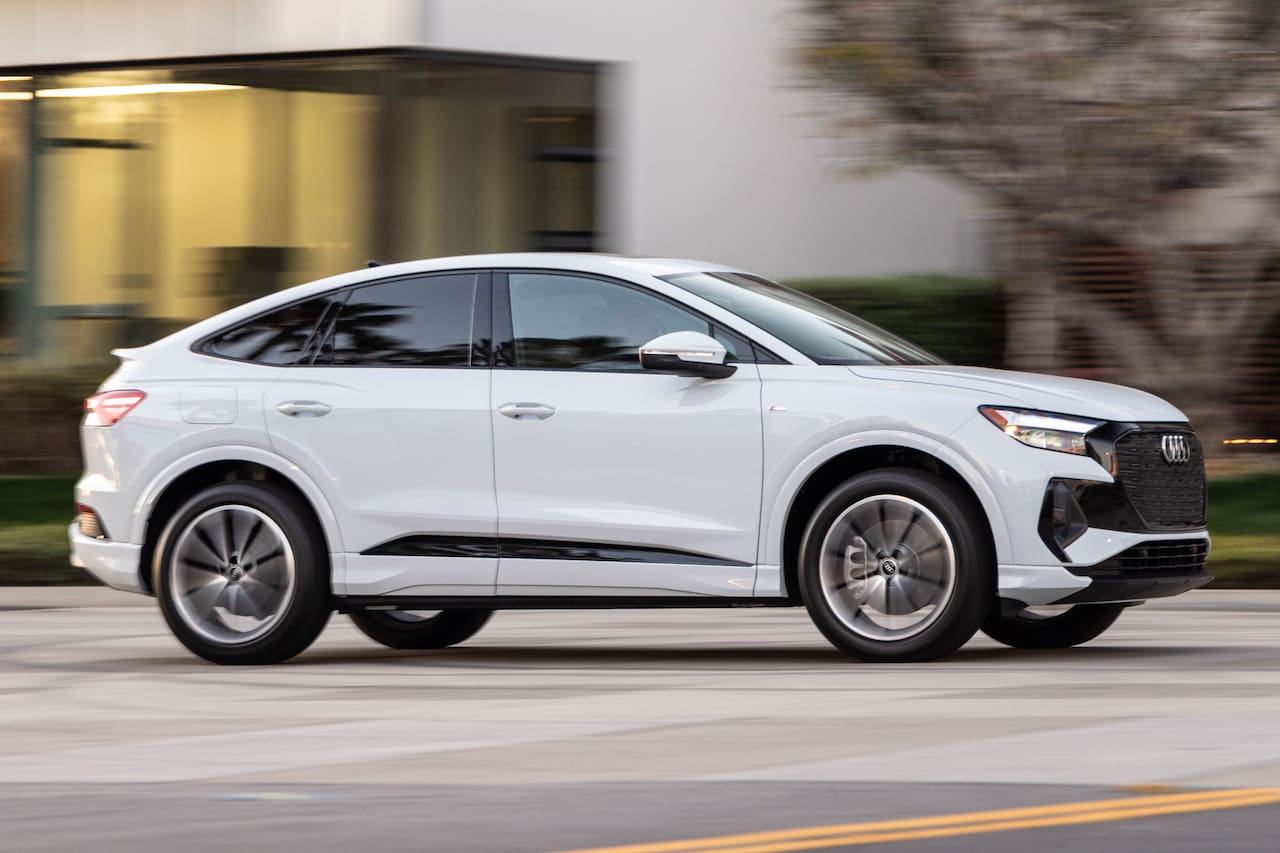 The 2023 Audi Q4 Sportback e-tron has no exterior design changes from the previous model. It features the typical Audi e-SUV face with an enclosed Singleframe grille and wedge-shaped headlamps. The headlamps are reminiscent of the Q8 Sportback, which are Matrix LED units. The Q4 Sportback e-tron and the Q4 e-tron are the first models in the auto industry to feature digital light signatures; the driver can select from four different signatures. Just like the e-tron SUV, the front and rear lights greet customers with animated ‘coming-home’ and ‘leaving-home’ functions.

The shape of the Singleframe is a structured closed surface within a broad, almost upright octagonal frame. It has a mesh design with chrome detailing and looks posher. The coupe can be had in four color options in the U.S. — Glacier White metallic, Pebble Gray, Navarra Blue metallic, and Mythos Black metallic. 20″ 5-V-spoke design wheels in a dual-tone finish are part of the standard equipment.

The 2023 Audi Q4 Sportback e-tron is differentiated from the Q4 e-tron with a low coupe-style roofline. At the rear, the spoiler of the 180.7-inch SUV coupe sits deep on the two-part window, and, like on the SUV, a light strip links the combination lamps. Because of the slippery design, an extra range of around 12 km (7 miles) is possible compared to the Q4 e-tron on the WLTP test cycle. We have talked about the EPA-est. range and efficiency in a ‘Specifications’ section of the story.

The 2023 Audi Q4 Sportback e-tron continues with the previous model’s interior design, but with a noteworthy upgrade. A larger 11.6-inch MMI touchscreen has replaced the 10.1-inch unit, and it is a standard feature. While the smaller display had a resolution of 1,540 x 720 pixels, the larger display has a resolution of 1,764 x 824 pixels. The latter is the largest display across the Audi line-up.

In times when EVs are going overboard on minimalism, many customers may appreciate the Q4 Sportback e-tron’s relatively traditional interior. The chunky dashboard features sharp lines, a decorative trim panel (on the passenger side), a tilted central display, and a digital instrument cluster residing like a cut diamond between the vertical AC vents.

The center console creates a floating effect, and the designers have been able to make it because it doesn’t need to hold a gear lever or hand brake actuation elements. It has conventional buttons for controlling the air conditioning, which most customers should truly appreciate for their ease of use. The steering is flattened out at the bottom and on top and comes with paddles to alter between three levels of brake energy recuperation. It also sports touch-sensitive buttons to control the digital cockpit and infotainment functions.

A 10.25-inch Audi virtual cockpit, natural-language voice control activated with “Hey Audi” for the MMI infotainment system and an augmented reality head-up display are also among the noteworthy interior features of the 2023 Audi Q4 Sportback e-tron. There’s 26.1 cu. ft. of luggage space in the rear of the electric SUV coupe. Folding down the rear seats frees up 54.4 cu. ft. of cargo volume.

The 2023 Q4 Sportback 50 e-tron quattro’s 77 kWh (net) battery pack delivers an EPA-estimated range of 241 miles, which is an improvement of one mile over the previous model. The maximum charging power on alternating current is the same – 9.6 kW. Topping up the battery pack with the included 9.6 kW EVSE charger takes nine hours. However, the new model supports a 25 kW higher DC fast-charging rate – 125 kW. Compared to the previous model, DC fast-charging from 5 to 80% takes two minutes lesser – 36 minutes.

Audi has optimized heat management with an onboard heat pump. Waste heat from the high voltage electric modules is used to control the climate in the cabin. That said, there’s also a three-stage brake energy recuperation that uses navigational and topographical data to enable regen. The front axle only engages when the system detects low traction. The Q4 Sportback e-tron runs like a regular RWD SUV when the grip level and surfaces are deemed good.

The replacement of the New Qualified Plug-In Electric Drive Motor Vehicle Credit with the Clean Vehicle Credit on August 16, 2022, has made the Q4 Sportback e-tron expensive. Like every other Audi EV sold in the U.S., it is a model imported from Europe. As final assembly doesn’t take place in North America, it is no longer eligible for USD 7,500 federal tax credits.

Sales in the U.S.

In H1 2022, Audi strangely reported negative sales volume for the Q4 range: -13 for the Q4 e-tron and -7 for the Q4 Sportback e-tron. These numbers could indicate the recall of some launch preparation vehicles that were delivered earlier. The German automaker sold a total of 8,009 EVs between January and June 2022, 16.3% more than in H1 2021 (6,884 units), led by premium models like the e-tron and e-tron GT.

The 2023 Audi Q4 Sportback is among the few coupe-styled electric SUV models on the market. While its soft silhouette doesn’t translate into a 300+ mile range, it does help it stand out from the crowd and should be the model of choice for the four-ringed brand’s most discerning customers looking for a sporty EV. However, with prices starting at almost USD 60,000, can Audi keep customers from stretching to pay for the Tesla Model Y?

What is the 2023 Audi Q4 Sportback e-tron release date?

Which models are regarded as Q4 Sportback e-tron rivals? 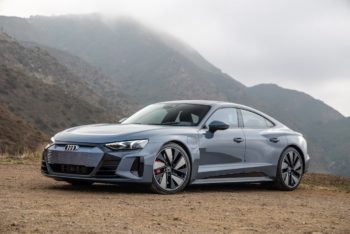 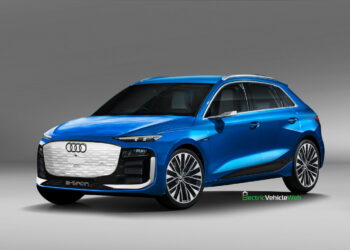