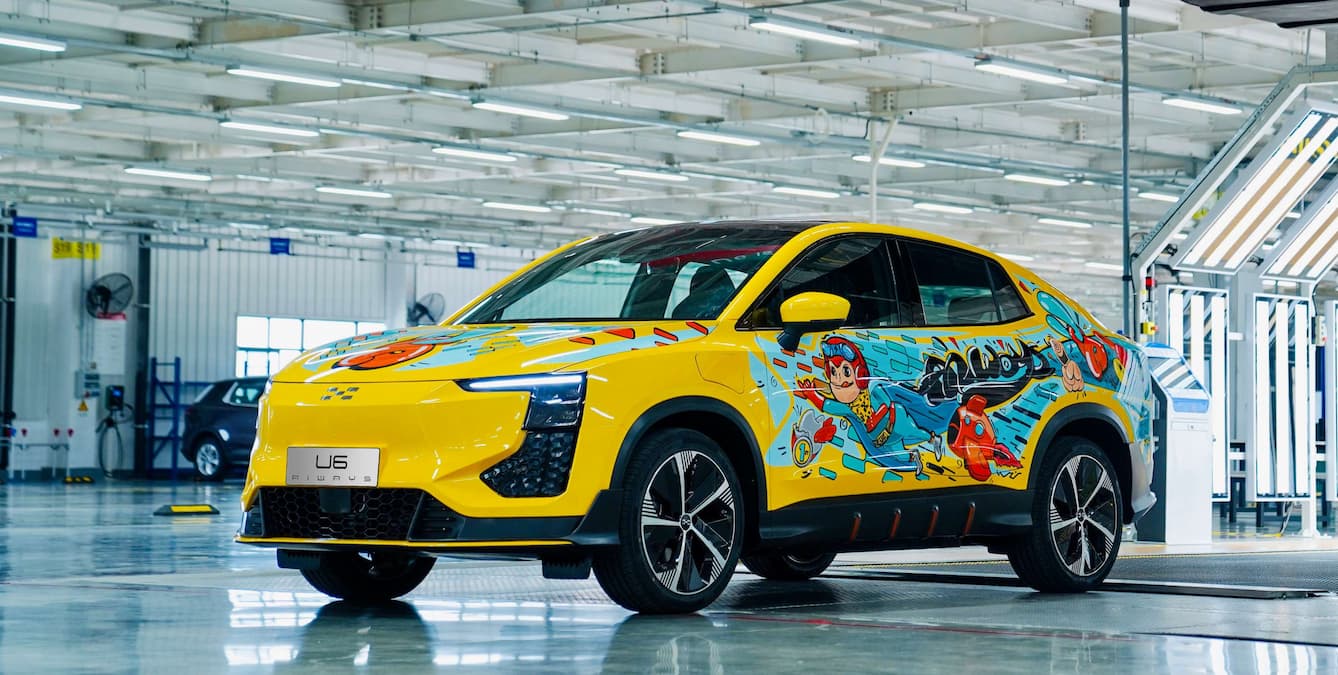 The Aiways U6 electric SUV is facing delays, and instead of late 2021, it will go on sale in Europe this year. In China, it completed validation in Q3 2021. The U6 will be the second product for Aiways, a Shanghai-based electric-car maker founded in 2017.

In June 2021, it emerged that Aiways started manufacturing pre-production units of the U6 SUV coupe at its factory in Shangrao (located in the northeast Jiangxi province), China. The company says that the series-production units will retain many of the show car’s features, such as the rear light matrix and the panoramic dome roof. Pre-orders are open in China.

The Aiways U6 electric is inspired by the concept U6 ion, which virtually debuted in March 2020. The electric car was designed with guidance from Ken Okuyama, responsible for the designs of the Ferrari Enzo and Maserati Quattroporte.

The Always U6 features an interior geared towards digitalisation with most controls integrated into the 14.6-inch HD touchscreen panel. That, along with the compact steering wheel featuring a flattened bottom section, the sleek dashboard, the discreet AC vents, and the compact, 8.2-inch instrument cluster integrated into the dashboard, helps the cabin look clean and spacious. A 2.1 square-metre panoramic glass roof lets in plenty of natural light, is great for sky gazing and helps the cabin feel roomier. A premium sound system from German company Magnat is another highlight of the electric SUV-coupe’s interior.

When Always sent the U6 to China’s Ministry of Industry and Information Technology (MIIT) for approval ahead of its domestic launch, more specifications surfaced online. According to MIIT data, the U6 measures 4,805 mm in length, 1,880 mm in width, and 1,641 mm in height, and it has a 2,800 mm wheelbase. A new revelation on the performance front is the EV’s top speed – 160 km/h.

The Aiways U6 cross-coupe celebrated its debut at Auto Shanghai 2021, held in April last year. In early 2022, it completed the winter testing program conducted for three months in Inner Mongolia. Aiways successfully tested the U6’s power, charging, transmission, power, suspension, braking, and other aspects in the extreme cold weather for three months straight.

Meanwhile, in Europe, Aiways launched a roadshow of the U6 with a near-production concept called U6ion on 2 March 2022. The company showcased it in Belgium first, and plans to display it in Sweden, Denmark, Germany, France, Italy, Spain, Portugal, and others.

The Aiways U5 electric SUV is now available in several key Euro auto markets, including France, Germany, Belgium, Sweden, Denmark, Italy, Portugal, Switzerland, Spain, and the Netherlands. There are more than 20,000 proactive order requests from European markets without any active marketing, Aiways said in the announcement on May 25, 2022. The company has exported vehicles to Europe for two years, and it is present there in 14 countries.

Aiways’ European campaign will build momentum this year, with the expected entry into Norway, where Aiways would sell both crossovers. The company plans to launch one new model in Europe every year.

In Switzerland, the Aiways U5 SUV is already available, and the U6 SUV-coupe should follow in Q4 2022 (October-December 2022). Aiways has appointed Alcomotive, a joint venture company of Spain-based Bergé Auto and Belgium-based Alcopa, as its exclusive distributor in the Swiss market.

Chinese reports say that Aiways has received new investment amounting to hundreds of millions of dollars from long-standing shareholder Chen Xuanlin and his company Dongbai Industrial Group. With the new investment, the company’s board has seen restructuring. Chen Xuanlin has joined as the Chairman and Zhang Yang, a former VP of NIO, is now the CEO, the reports add.

According to a Reuters report, the company previously received investments from ride-hailing giant Didi Chuxing and battery maker CATL, though the quantum of these investments is not public knowledge.

More details on the Aiways U6 should surface in the coming weeks.

What is the Aiways U6 release date?

What will be the Aiways U6 price?

What are the Aiways U6 rivals?

The Aiways U6 will challenge the VW ID.5 & Skoda Enyaq Coupe in price. 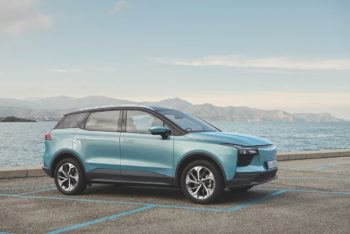