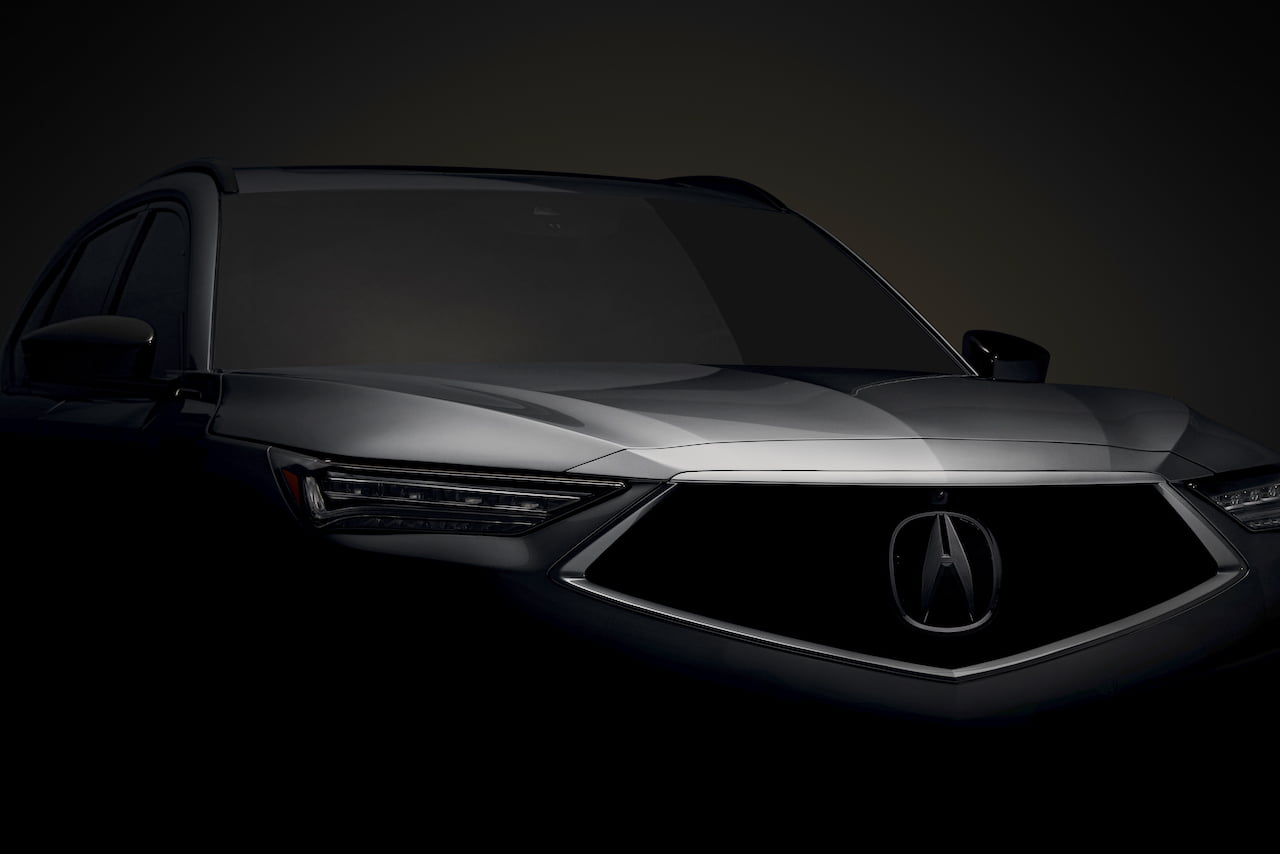 The first Acura electric SUV will reach dealers in the U.S. and Canada in 2024. Called Acura ZDX, it is expected to be a game-changer for the brand which is expecting the majority of its sales to come from EVs by the end of the decade. It’s a strong possibility is that Acura is targeting the Tesla Model Y customers with comparable features and range in the ZDX. Here’s everything we know about the first Acura electric car:

Influenced by the Precision Concept

Acura has confirmed that the ZDX will “feature many of the styling themes” of its new design direction that it introduced in the form of the Precision EV Concept. However, the latter previews a different flagship EV, based on Honda e:Architecture that’s due in 2026, as per a report The Detroit Bureau published in August 2022.

While the ZDX won’t be the commercialization of the Precision EV Concept, spy pictures (view on Autoblog) have indicated that, just as Acura said, it will draw influences. It has a similar low and curvy hood, shark nose, and bow-shaped but angular greenhouse. Despite the heavy camouflage on the test mule, the connection with the show car is visible.

The interior of the Acura ZDX could be a big leap from gas-powered Acuras. It could represent a whole new level of sophistication and minimalism for the company. Expect a dashboard that’s curvy and sleek, a wide but compact fully digital instrument cluster, and a large touchscreen infotainment system. Besides 100+ cubic feet of cabin room, digital key, one-pedal driving, 5G, wireless Apple CarPlay and Android Auto, and a premium audio system could be the highlights of the first Acura EV.

The Acura ZDX will be a model co-developed with General Motors on the latter’s BEV3 platform that underpins the Chevrolet Blazer EV. There’s a similarly-sized Honda Prologue EV also coming off this platform in 2024. The launch of the ZDX and Prologue will mark the beginning of the Japanese automakers’ EV blitz in the USA and Canada.

Honda has its reasons to develop its first high-volume electric SUVs for the U.S. on a borrowed platform. The Japanese automaker will save on development and production costs and secure itself from any risky capital investments in the new technology until the market is ready to adopt EVs on a large scale. Using an existing platform, in this case, one from GM, should allow Honda to launch models faster than developing programs from scratch. What the company saves in cost, it can better utilize to develop the e: Architecture platform and the models it plans to base on it.

GM’s new bespoke EV platform offers the choice of three drivetrain layouts: FWD, RWD, and AWD. Given the requirements of the segment, Acura may opt for RWD and AWD configurations. The battery pack options should range from 80 kWh to 100 kWh, with the largest available unit delivering an EPA-est. of up to around 300 miles.

The Blazer EV is available in a performance variant that has 557 hp and 648 lb.-ft. of torque. Since the brand has confirmed an Acura ZDX Type S performance offering, we’re positive that a large extent of the platform will be explored by the Japanese SUV. As it would be more expensive and heavier than the MDX Type S, the ZDX Type S would have to do better than 355 hp and 354 lb.-ft to offer the expected performance and gain customer attention. It goes without saying that the highest performance would be possible with a dual-motor AWD system.

The first Acura electric SUV should have a heat pump that reuses the heat generated by its battery pack, power electronics, and other propulsion components. The recovered energy could become useful in heating the cabin more quickly in cold weather and also warming up the battery pack to bring it up to the optimum temperature before a scheduled DC fast-charging stop.

An Acura spokesperson confirmed to The Drive in April 2021 that GM will manufacture the co-developed Acura electric SUV, without offering specific details.

Dealers gear up for the Acura electric SUV

Dealers have started preparing for the first Acura electric SUV launch, according to an Automotive News report published on March 14, 2022. David Ellis, Chairman, Acura National Dealer Advisory Board, and General Manager, Northeast Acura (Latham, New York), has said that deciding to launch an EV co-developed with GM is a great product move by Acura. Dealers are excited to see indigenously developed electrification technologies as well.

Ellis said that Acura dealers have received a glimpse of future EVs currently under development. He indicated that specific recommendations about the dealerships’ design and equipment, charging stations, and more will come in the future.

Acura banking on EVs for growth

Acura is dependent on Honda for formulating its electrification strategy, but it can hardly wait for the time when it launches its EV assault. Automotive News has reported that the company won’t transition from ICE vehicles to hybrids and then EVs. It will focus on EVs instead.

An Acura model would typically record approximately 10% of its Honda equivalent, but that sales ratio will change in the EV era. Honda expects to sell 70,000 units of the Prologue annually when it puts it on sale in 2024. Emile Korkor, Assistant Vice President of Acura National Sales at American Honda Motor Company, told Automotive News that Acura expects to sell about 30,000 units of its first EV annually.

Acura’s marketing strategy is to be performance-focused. Perhaps the only way of living up to that name in the increasingly competitive premium market is through a range of futuristic electric cars. Korkor revealed that Acura expects more than 50% of sales from EVs by 2030 and perhaps more than 60%. For the Honda brand, that target is close to 40%.

When is the launch of the Acura ZDX?

The Acura ZDX, the first Acura electric SUV, will be introduced in the U.S. in 2024.

What are the specs of the Acura electric SUV?

The SUV will ride on GM’s EV platform & use Ultium batteries. Expect around 300 miles of range & dual-motor AWD performance.

What is the expected price of the Acura ZDX?

We expect the well-equipped Acura ZDX Type S to be priced north of USD 60,000. 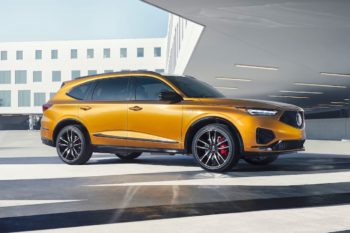 The fourth-generation MDX does not have a hybrid powertrain option, and it may not get one in the future.