Lotus will phase out gas-powered models and become an EV-only company. The Evija, Eletre SUV, and the upcoming Type 133 electric sedan are promising examples of the brand’s transition towards green mobility. However, that’s not it. An all-electric Lotus sportscar codenamed Lotus Type 135 is also on the horizon which could be the brand’s most exciting launch in recent history.

Details are scarce, but crucial information about the model’s battery and the platform has been released. Here’s everything we know about the Lotus electric sportscar that will come out in 2026:

Comeback of the Lotus Esprit?

The teaser for the electric car reveals a wedge shape that is reminiscent of the Giugiaro-designed Esprit from the 1970s and 1980s. This modern take on a classic silhouette is sure to be a hit with car enthusiasts from the earlier generation. The British sportscar was made famous by its appearance in the James Bond film, The Spy Who Loved Me. With its battery-electric powertrain, Lotus could be positioning itself as a challenger to Porsche in the EV era.

Lotus has partnered with UK-based Britishvolt to develop the cell technology for the upcoming Lotus sportscar. The two companies have signed an MoU, and Britishvolt’s research and development will focus on improving the electro chemistries of affordable batteries and EVs. The partnership will also focus on fast-charging, optimizing energy density and weight reduction.

Lotus also mentioned that the companies will reap the benefits of proximity. Both Lotus and Britishvolt’s research and development centers are located in West Midlands, UK.

Lotus revealed back in September 2021 that its Type 135 will be based on a new lightweight chassis technology. Christened the Project LEVA (Lightweight Electric Vehicle Architecture), the chassis is 37% lighter than the one used on the Lotus Emira V6. The brand stated in the press release that the Project LEVA is the blueprint for future Lotus electric sportscars.

The platform is scalable, offering variable layouts, wheelbase lengths, battery sizes, and configurations. Lotus has used the word ‘lightweight’ multiple times, but there’s no ignoring that the batteries ought to be heavy, no matter how weight-optimized the chassis is. The platform uses a die-cast rear sub-frame with multiple interchangeable components.

Lotus also shared the battery sizes and wheelbase that the platform will offer:

Geely’s 51% stake has given the brand a shot in the arm. But to afford the sportscar project, Lotus needs the profits from the Eletre and the Type 133. CEO Matt Windle told Top Gear on April 4, 2022, that if you want sportscars, the brand will need to make money. in 2022, sportscars are still aspirational, everybody wants them, but only a few can afford them.

Before the Lotus sportscar sees the light of the day in 2026, the brand aims to sell ‘tens of thousands’ models. Hethel’s case is similar to Porsche or Lamborghini before their respective SUVs went on sale. Both brands were struggling before their volume-generating SUVs were released. Porsche’s Cayenne and Macan SUVs and Lamborghini’s Urus continue to be hot sellers across the globe. 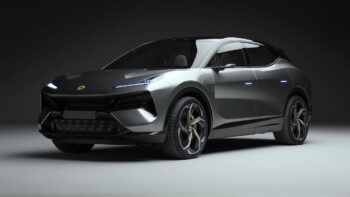 Lotus is ready with a Tesla Model X rival for the U.S. Here are all the details. 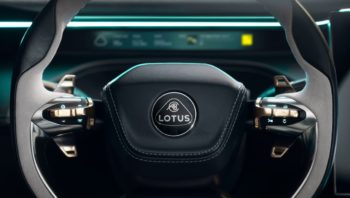 The Lotus Type 133 electric sedan would take on the Porsche Taycan after it debuts in 2023.