When talking about the Dodge Hornet R/T PHEV and Alfa Romeo Tonale PHEV, we must remember that these compact crossovers are pretty much the same. They share the same platform and design, compete directly with one another, and stateside, both will employ near-identical plug-in hybrid powertrains and are even made in the same factory. Alfa Romeo did much of the heavy lifting on this project – initial R&D, testing, design etc., all of which it had to share with Dodge since both operate under the same parent company, i.e., Stellantis.

The idea of the Hornet

Besides fulfilling the ambition of a wider lineup, there is another reason behind the Hornet’s conception. As regulating bodies in the U.S. take company-wide emission and fuel consumption norms into consideration, Dodge, an automaker that historically thrived selling V8-powered trucks and high-performance sedans, had to come up with a relatively fuel-efficient car for compliance and avoid costly penalties. As per media reports, it chose the rebadged version of the Alfa Romeo Tonale instead of pumping billions into a brand-new project. All that said, let’s take a closer look at these not-so-dissimilar plug-in hybrids.

As you can tell from the pictures, the Alfa Romeo Tonale and Dodge Hornet share a similar exterior footprint. These crossovers, in almost every basic metric, will be hard to tell apart for the average consumer – save for the difference in their badges. At the end of the day, both are compact crossovers, and it shows.

On the design front, it’s clear that both these CUVs have been styled to look sporty and chic rather than butch and intimidating. However, the Tonale looks taller and more sculpted when viewed from the front, with the Hornet scoring a more aggressive-looking hood with an amplified ‘power bulge’ and scooped air vents. Along the sides, Alfa Romeo’s iconic “five-hole” design of the alloy wheels comes across as more exotic.

The front fascia of the Tonale is unmistakable, wearing Alfa Romeo’s distinctive V Scudetto grille with the stylized “Trilobo” elements. Alongside are the adaptive LED Trilobo headlamps with their unique “3+3” LED daytime running lights. And if the Tonale’s lights look familiar, they have been inspired by the similarly-artsy design found in the SZ Zagato and Proteo concepts.

The Trilobo inspiration can be found in the LED taillights as well, which stretch the entire width of the Tonale’s rear, merging with the Alfa Romeo insignia in the middle. The Hornet R/T strikes back with its sportier-looking red Brembo brake calipers and large dual exhaust nozzles at the back. It also scores an eye-catching gloss-black finish along the side body cladding and on the rear bumper.

Akin to their exteriors, the interiors of these crossovers have tons of shared design features, including the 12.3-inch digital driver’s display and 10.25-inch touchscreen infotainment panel. Both get stitched-leather upholstery, a flat-bottom steering wheel, and a similar design for the HVAC controls, along with seating for up to 5 occupants (though you wouldn’t want to seat three adults in the back seat of either.) Other differences come in the form of large paddle shifters, circular side vents, and cool designer inlays on the dashboard of the Alfa Romeo.

The Tonale’s cabin also gets Alfa Romeo’s ‘DNA’ drive-mode selector, which has been replaced by a traditional engine start/stop button in the Dodge. In the Tonale, that button is located on the steering wheel. The latter also scores a small Italian flag placed right behind the shifter in the center console. Furthermore, there’s a possibility that the quality of materials in the Alfa Romeo’s cabin will look & feel a touch more premium.

As mentioned earlier, these compact crossovers are built on the “Small Wide 4×4 LWB” architecture. That said, according to Dodge, some changes have been made to a few key components of the Hornet to lend it a slightly different personality compared to its Italian cousin.

While the Alfa Romeo Tonale will only be available as a plug-in hybrid in the US, the Dodge Hornet will be offered with regular ICE powertrains as well. As for the Hornet R/T, it will share its plug-in hybrid powertrain with the Tonale. The system in question uses the FCA Group’s 1.3-liter MultiAir turbocharged engine and pairs that with a single electric motor mounted on the rear axle.

The four-cylinder gasoline engine manages to churn out 180 hp and sends that to the front wheels. Meanwhile, the electric motor comes up with 90 kW (121 hp), all of which is channeled to the rear wheels. Combined, the hybrid system in the Hornet R/T is capable of producing up to 288 hp and 383 lb.-ft of torque. On the other hand, the Tonale PHEV’s combined output peaks at 275 hp.

Both CUVs are equipped with a 6-speed automatic transmission, while a 15.5 kWh battery pack enables an all-electric range of more than 30 miles in the Hornet R/T. However, the Tonale’s all-electric range can be as high as 37 miles. When plugged into a Level 2 charger using the 7.4kW charging module provided with the Dodge Hornet R/T PHEV and the Alfa Romeo Tonale PHEV, the batteries can be fully charged in around 2.5 hours.

The Hornet R/T comes with PowerShot, a “class-exclusive” feature that provides an additional 25 horsepower for 15 seconds for quicker overtakes or faster launches. Speaking of which, the Dodge can hit 60 mph in 6.1 seconds – the Tonale PHEV takes 0.1 seconds less to do the same. As for its top speed, the Hornet PHEV tops out at 128 mph. However, the Alfa Romeo Tonale has smart features like Silent Start and e-Queuing, among others.

The Dodge Hornet R/T PHEV is scheduled to arrive in showrooms across the United States in Spring 2023 in two trims – R/T and R/T Plus. Their prices will range from USD 39,995 to USD 44,995. Meanwhile, the Alfa Romeo Tonale PHEV will start reaching customers in Q1 2023, with its starting price in the neighborhood of USD 40,000. It will be available in three trims – Super, Ti, and Veloce.

Images in this story are compiled from the respective press/media portals of the companies. 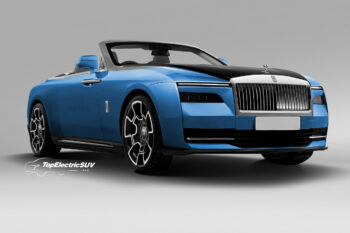