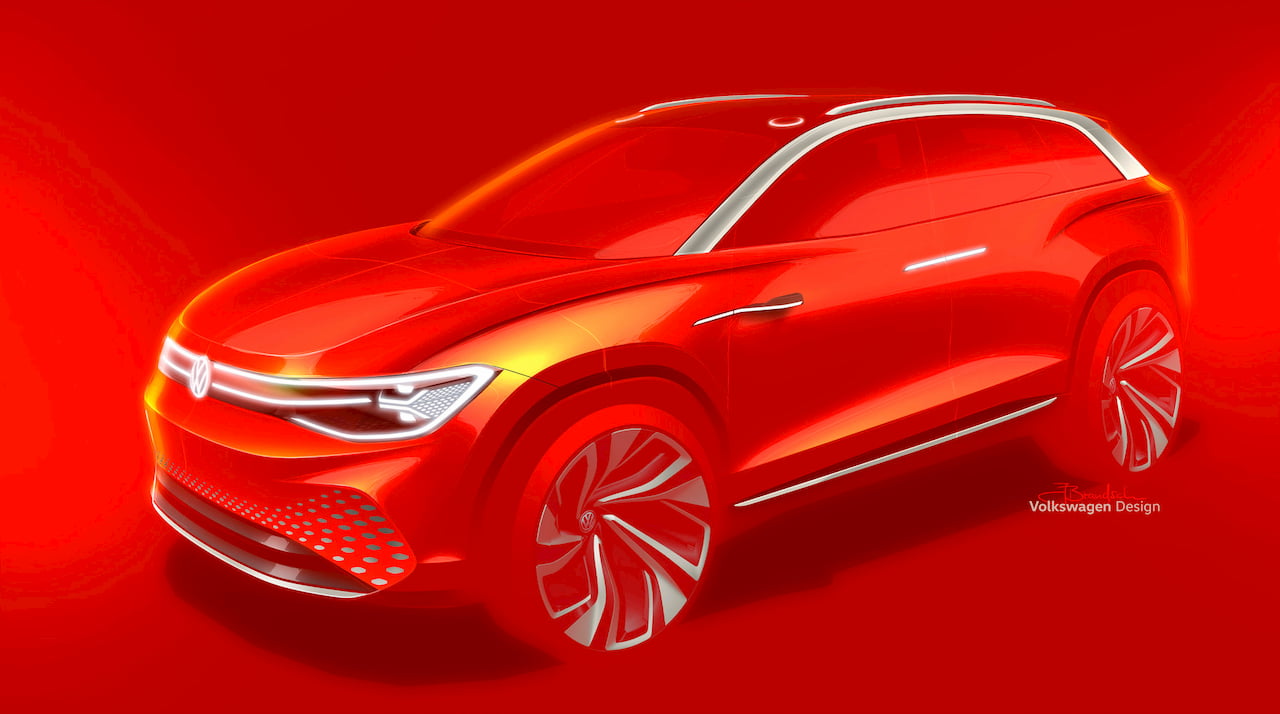 American customers have plenty of options for family SUVs, most of which are gas-powered models. However, the best family SUV in 2023 could be an EV. Several new large electric three-row SUVs are due for debut/launch by 2023, and they might be significantly better in all respects.

What is today reckoned as the hybrid best family SUV models (gas-powered) in the country offer a spacious interior with up to three rows of comfortable seats, plenty of comfort, convenience, and safety features, and a capable powertrain, but many of them are difficult to drive and expensive to refuel. Below are some of the new EVs that you’ll find listed under the best family SUV category in 2023:

The 2023 Mercedes EQS SUV is one of the best family SUV models in the luxury category in the U.S. It competes with the Tesla Model X, which is the benchmark for electric SUVs in the country.

The 2023 Mercedes EQS SUV has a long wheelbase of 126.4 inches, exactly three inches longer than that of the GLS SUV (123.4 inches). Up to seven adults should travel in comfort over long distances in this model. The full-size electric SUV offers 40.7 inches of headroom in the first- and second-row seats with a sliding roof and 35.4 inches of headroom in the third-row seats. Mercedes-Benz claims that the shoulder room and elbow room in all the rows are also above average.

There’s plenty of electric adjustment in the flagship Merc. The second-row seats are electrically slidable forward and backward by up to 5 inches, that too as standard. The knee room is at a comfortable level between 32.7 and 37.8 inches. Even the backrests are electrically adjustable, allowing reclining by 14 degrees to the front and 4 degrees to the rear. There’s also an electric inclination function, with which customers can angle them more steeply when they want to store larger objects without folding down the seats.

The EQS SUV pampers the driver and front passenger with massage functions (optional). A heating function is standard for the first-row seats and optional for the second- and third-row seats. Using the standard Easy-Entry function, third-row occupants can move the second-row seats’ backrests up to 11.4 inches forward beyond the usual adjustment range to access their seats.

With the 12.3-inch third display of the optional MBUX Hyperscreen in the dashboard and the two 11.6-inch displays of the MBUX High-End Rear Seat Entertainment Plus, the first-row passenger and the second-row passengers can immerse themselves in digital entertainment on the go.

Rear-seat occupants can set their own temperature with an optional four-zone THERMOTRONIC automatic climate control system. Mercedes-Benz hasn’t forgotten third-row passengers here, offering another optional THERMOTRONIC automatic climate control system that allows setting a different (but common) temperature and ventilation intensity for the third row. Another noteworthy optional feature family customers with kids and babies will appreciate is a HEPA filter to keep the cabin air clean (and odor-free).

The AIRMATIC air suspension with continuously adjustable damping ADS+ is standard in the EQS SUV. Also standard is rear-axle steering with a steering angle of up to 10 degrees, which reduces the turning circle by 3 feet to 36 feet and makes driving and parking in the city easier and provides more stability when driving at high speeds on highways.

The 2023 Mercedes EQB is not a proper three-row model, with a compromised third-row because of its compact body. It has a wheelbase of 111.3 inches and up to seven seats, with the third-row seats best suitable for small children, not for grown-up teenagers or adults. There’s just 23 cu. ft. of trunk capacity, which admittedly is not a lot.

In both five- and seven-seat versions, the second-row seats offer multi-stage inclination adjustment for the backrest, and it’s possible to move the second-row seats 5.5 inches longitudinally. In the seven-seat version, there’s an Easy-Entry function for making entry for third-row passengers easy. With a generous headroom of 41 inches in the front, the EQB doesn’t disappoint tall drivers.

We expect an EPA-est. range of around 225 miles for the EQB in both its variants, which would mean it’s suitable mainly for urban driving. Priced from USD 54,500 plus a USD 1,050 destination and delivery charge, the Mercedes EQB is expensive. However, Mercedes-Benz is sweetening the deal with two years of free unlimited 30-minute charging sessions at all Electrify America charging stations across the continental United States.

Previewed by the Kia Concept EV9 at the 2021 LA Auto Show, the Kia EV9 will be a conventional-bodied boxy American SUV but with futuristic design elements such as camera-based virtual mirrors (digital mirrors), aero wheels, and more. Based on the Electric Global Modular Platform (E-GMP), it would have double the normal operating voltage – 800 volts. This would make it more advanced than the Tesla Model X and Mercedes EQS SUV on the charging front, as it would be compatible with ultra-fast 800-volt chargers.

The Kia EV6 allows charging at up to 240 kW, and the EV9 could accept direct current at even higher power. Charging from 10 to 80% SoC with a 350 kW charger could take just 20-30 minutes. V2L would make adventure trips with families fun. It would allow customers to barbecue on an electric grille, play music on party speakers and movies through projectors, brew fresh coffee, and do much more using the power stored in the vehicle’s battery pack. A 100 kWh battery pack that delivers an EPA-est. range of up to 300 miles could be standard. Kia may offer single-and dual-motor powertrains, with the latter generating 308 hp.

The EV9 would be much more spacious than the Telluride. Like the Concept EV9, it could have a 122.0-inch wheelbase, 7.8 inches longer than that of the Telluride (114.2 in.). Second- and third-row passengers could feel more comfortable in the electric model. While the Telluride comes in seven- and eight-seat versions, the EV9 may come in six- and seven-seat versions.

Another new attractive family SUV in the U.S. in 2023 could be the Hyundai Ioniq 7. This model will be the production version of the Hyundai Seven Concept from the 2021 LA Auto Show.

Also based on E-GMP, the Hyundai Ioniq 7 is likely to be much more spacious than the Hyundai Palisade and even the Kia EV9. The Seven Concept has the longest wheelbase for any Hyundai model to date – 3.2 m (126.0 in.), and we expect the same for the Ioniq 7. For reference, the Palisade has the same wheelbase as Kia’s Telluride – 114.2 in. While the Palisade is available in seven- and eight-seat versions, the Ioniq 7 would come in six- and seven-seat versions, Hyundai revealed during a media briefing in May 2021 (via InsideEVs).

The Hyundai Ioniq 7 may come in the same power-electric configurations as the Kia EV9. Expect a standard 100 kWh battery pack that can return an EPA-est. range of up to 300 miles. During the aforementioned media briefing, Hyundai did say that it will offer RWD and AWD variants with powertrains producing up to 308 hp. Moreover, the company revealed that Level 3 autonomous driving and wireless vehicle charging will also be among its capabilities.

The 2023 VinFast VF 9 is among the Vietnamese automaker’s first models in the U.S. The new electric SUV has traditional SUV proportions mixed with modern design cues, because of which it looks quite like a proper American SUV, although we cannot say the same about its minimalist, car-like interior.

As standard, the 2023 VinFast VF 9 has a 2+3+2 seating layout. Customers who want more comfort instead of seven seats can optionally choose a 2+2+2 seating layout that includes 8-way powered, heated, and ventilated individual seats in the second row.

VinFast offers the VF 9 in two variants: Standard Range and Enhanced Range. Both variants have two motors, one unit spinning the front wheels and one unit pushing forward the rear wheels. These motors generate 402 hp of combined power and 457 lb-ft of combined torque in both variants. The company is targeting a 0-62 mph acceleration time of 6.3 seconds in both variants.

VinFast only offers the VF 9 on a subscription model, with two battery subscription plans: Flexible and Fixed. In addition to the vehicle prices mentioned in the table below, customers need to pay a subscription of USD 44/month under the Flexible plan or USD 110/month under the Fixed plan. The Flexible plan includes 310 miles of travel per month, and for usage beyond that, the customer has to pay USD 0.15 per mile. The Fixed plan, on the other hand, allows unlimited range. 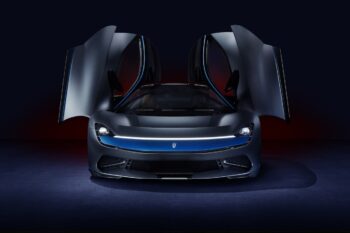 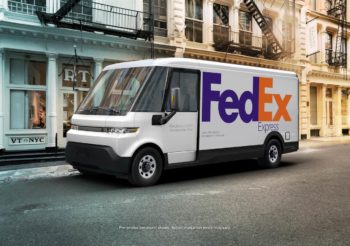 Electrification does not extend just to hatchbacks or electric pickup trucks, but to commercial vehicles as well.